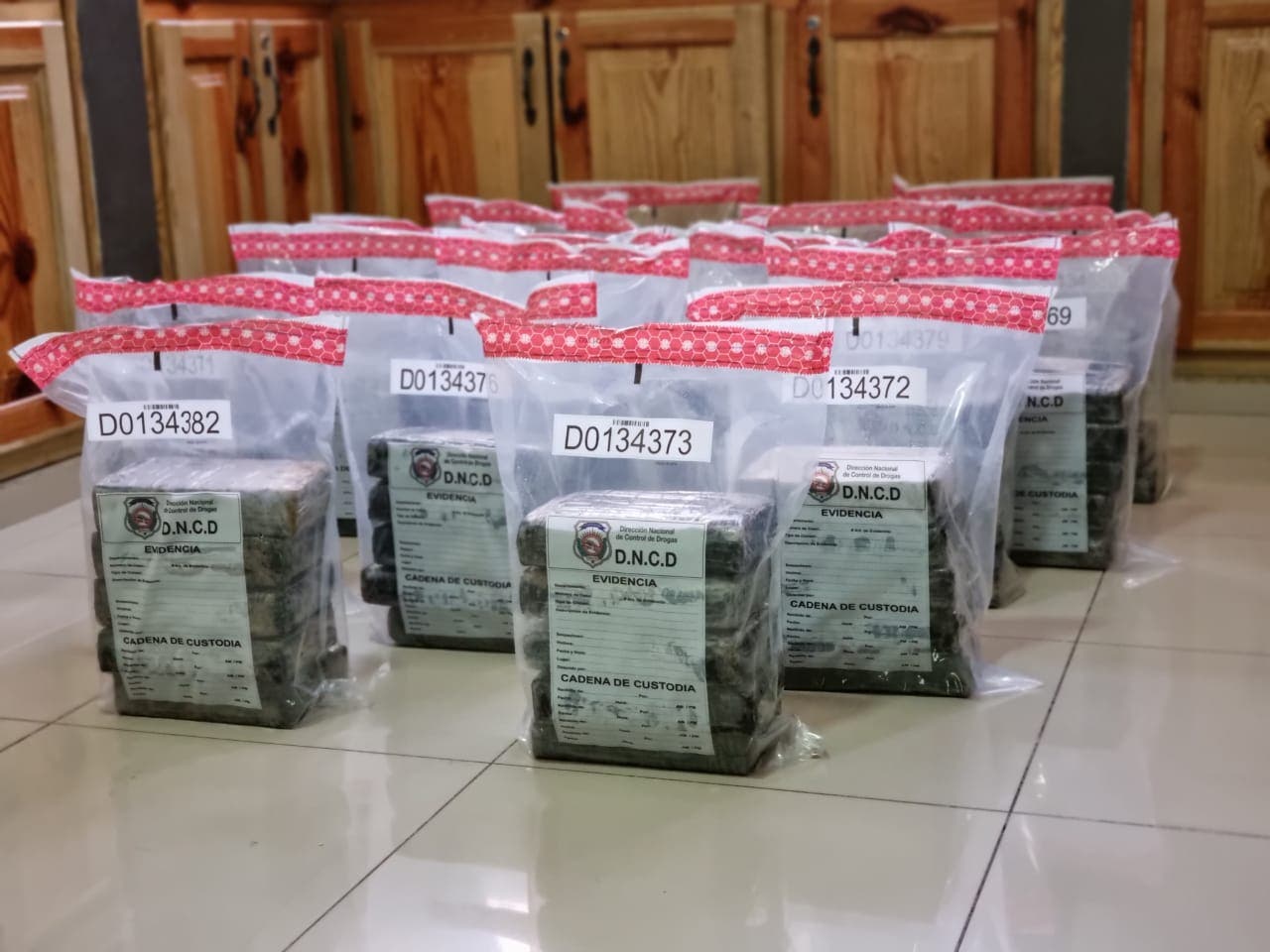 The National Drug Control Directorate (DNCD), with the support of the Dominican Republic Navy and under the coordination of the Attorney General’s Office, seized 90 packages, presumably cocaine, in a land and maritime interdiction operation deployed off the coast of San Pedro de Macorís.

According to information obtained, the counternarcotics agents and military personnel, according to intelligence reports, mounted an operation about six nautical miles from the town of Cumayasa. When they made eye contact with a boat, its occupants accelerated the craft and threw several sacks into the sea.

The authorities indicated that later, they managed to reach land amid the maritime chase, left the boat abandoned, and went into a wooded area, so they are actively sought throughout the region.

They added that authorities recovered from the waters of the Caribbean Sea three sacks containing 90 packages of a substance presumed to be cocaine as part of the operation.

Inside the boat, a GPS, a portable radio, a 75 hp outboard motor, a cell phone, and several fuel canisters were confiscated.

“In the case, between five and seven people are actively sought and there are reports that the boat had arrived in Dominican territory from South America,” the press release states.

The Attorney General’s Office and the DNCD are expanding investigations into the case. At the same time, the 90 packages were sent under chain of custody to the National Institute of Forensic Sciences (INACIF) for the corresponding purposes.