Abinader says he will not tolerate corruption following US State Department report. 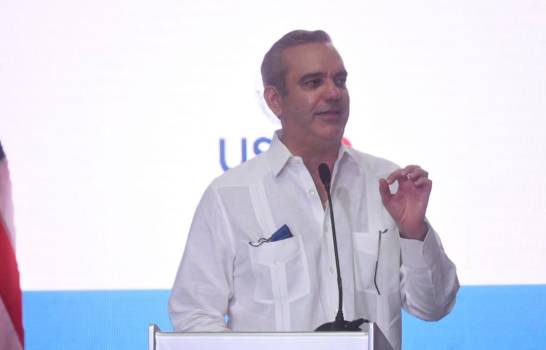 President Luis Abinader assured that his administration does not tolerate and will not tolerate any act of corruption in this government or the past and that he is working on transparency mechanisms with several laws pending approval.

The president made the statement to the chargé d’affaires of the U.S. Embassy, Robert W. Thomas, a day after the U.S. State Department released a report on the 2020 investment climate in the Dominican Republic in which they revealed corruption and solicitation of bribes as obstacles for U.S. investors in the Caribbean country.

Abinader said he is working on amending the Procurement and Contracting Act to make it more efficient and that he hopes that in the coming day’s Congress will pass the forfeit termination law “so that stolen resources can be used in people’s problems.”

The report mentioned above noted that “foreign investors report numerous systemic problems in the Dominican Republic and cite the lack of clear and standardized rules for which to compete and the lack of application of existing rules.”

The complaints include allegations of widespread corruption, requests for bribes; delays in government payments; weak enforcement of intellectual property rights; bureaucratic obstacles; slow and sometimes biased judicial and administrative processes at the local level, and non-standardized procedures in the customs valuation and classification of imports.

“We are vigilant every day so that the funds of the Dominican Republic are invested in the right way to solve the problems of the people,” the head of state added.

The Dominican government signed an agreement with the U.S. Agency for International Development (USAID) to invest $251 million in health, citizen safety, and the environment over five years.