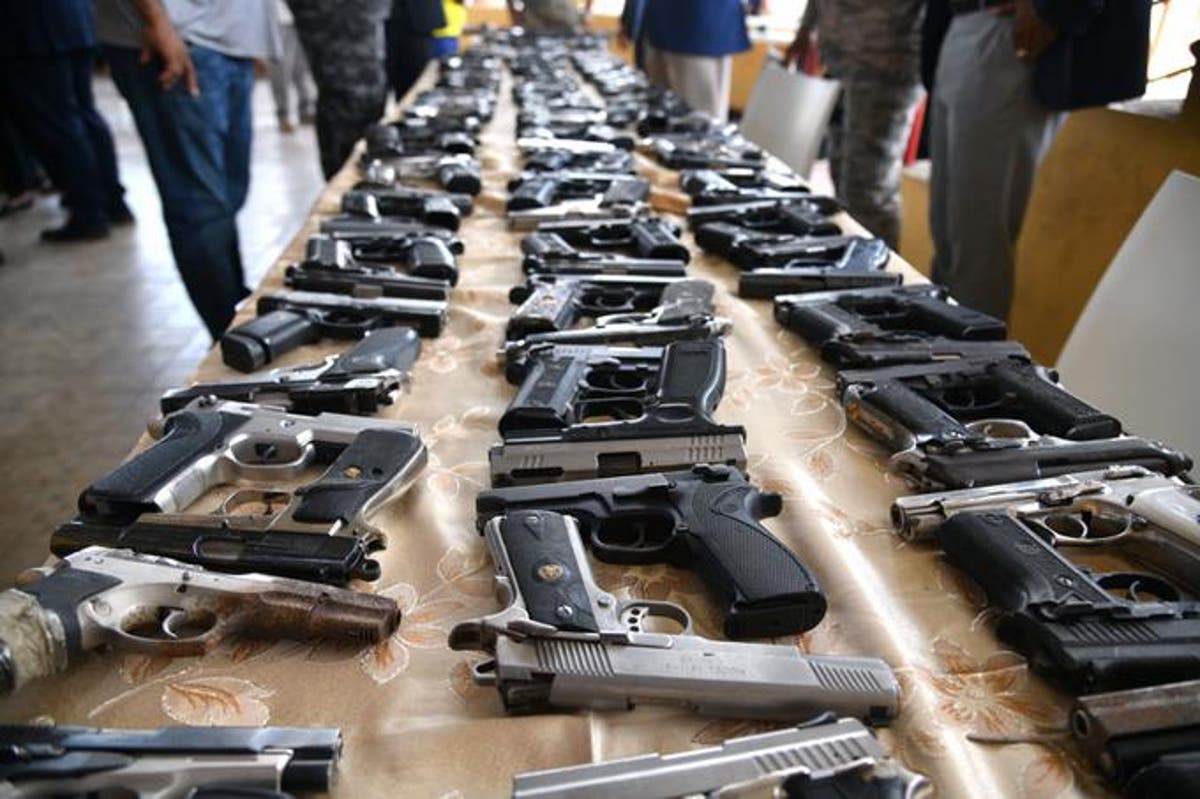 Part of the illegal firearms that have been handed over to the authorities, in response to the voluntary disarmament plans conceived in the pilot plan promoted by the Government of President Luis Abinader.

During the first two months of operation of the action plan conceived in the Integral Strategy for Citizen Security My Safe Country, launched in the Cristo Rey sector, at least 300 illegal firearms have already been voluntarily handed in at the collection points in Cristo Rey, while 1,451 have arrived through other state agencies and decentralized organizations.

The details were offered yesterday by the Minister of Interior and Police, Jesus (Chu) Vasquez Martinez, in a comprehensive report of the entire journey, since the inauguration of the pilot project initiated in June of this year in Cristo Rey.

“I guarantee the country that these weapons will not return to the streets of the Dominican Republic to hit human beings,” declared the minister.

“We are confident that this will be the case, and to that end we are taking concrete steps together with the Organization of American States (OAS) and the Arms and Explosives Control Agency of the Republic of Argentina, to set a precedent in Dominican history in terms of security,” assured Vásquez Martínez.

The Minister of Interior and Police announced that he is finalizing details, with the international community’s support, to destroy in the coming days, in a big event, the firearms that have been recovered in this comprehensive strategy.

“Today we can say that this pilot project in Cristo Rey worked, even in the midst of the pandemic and the limitations it represents, thanks to the confidence of the citizens who enthusiastically joined this plan, and of course to the determination and political will of President Luis Abinader,” said Vasquez Martinez.

He pointed out that the achievements of Cristo Rey can not only be measured by the collection of weapons, the social actions carried out in the whole sector, but that the integration of its leadership has also been vital for the conquests that today make the sector a before and after.

Crime Eradication
President Luis Abinader even referred to the issue of crime, indicating that “this strategy is not only focused on preventing crime or applying repressive means against criminals, it is about eradicating crime. That is where the key to success lies. And here is the result”.

The head of state emphasized that this is “one of the biggest changes that the Dominican Republic is going to experience, which he wishes to be an irreversible change, defended by all.”

“As you have always heard me maintain, no government that aspires to real and truly transformative growth can renounce having a safe country that does not have the highest quality standards in terms of citizen security. Security and freedom are two concepts that no democratic government can renounce”, said President Luis Abinader.

During the activity, held at the National Police auditorium, an audiovisual presentation was made which summarizes the achievements of this pilot project and which reveals the before and after that Cristo Rey has had as a result of the integral strategy, which has had a social impact on all aspects of the populous neighborhood of the capital.

GOALS
Citizen Security
The first phase of the Plan includes removing illegal weapons from the streets, confronting domestic and gender violence, reducing deaths due to traffic accidents, and preventing crime.