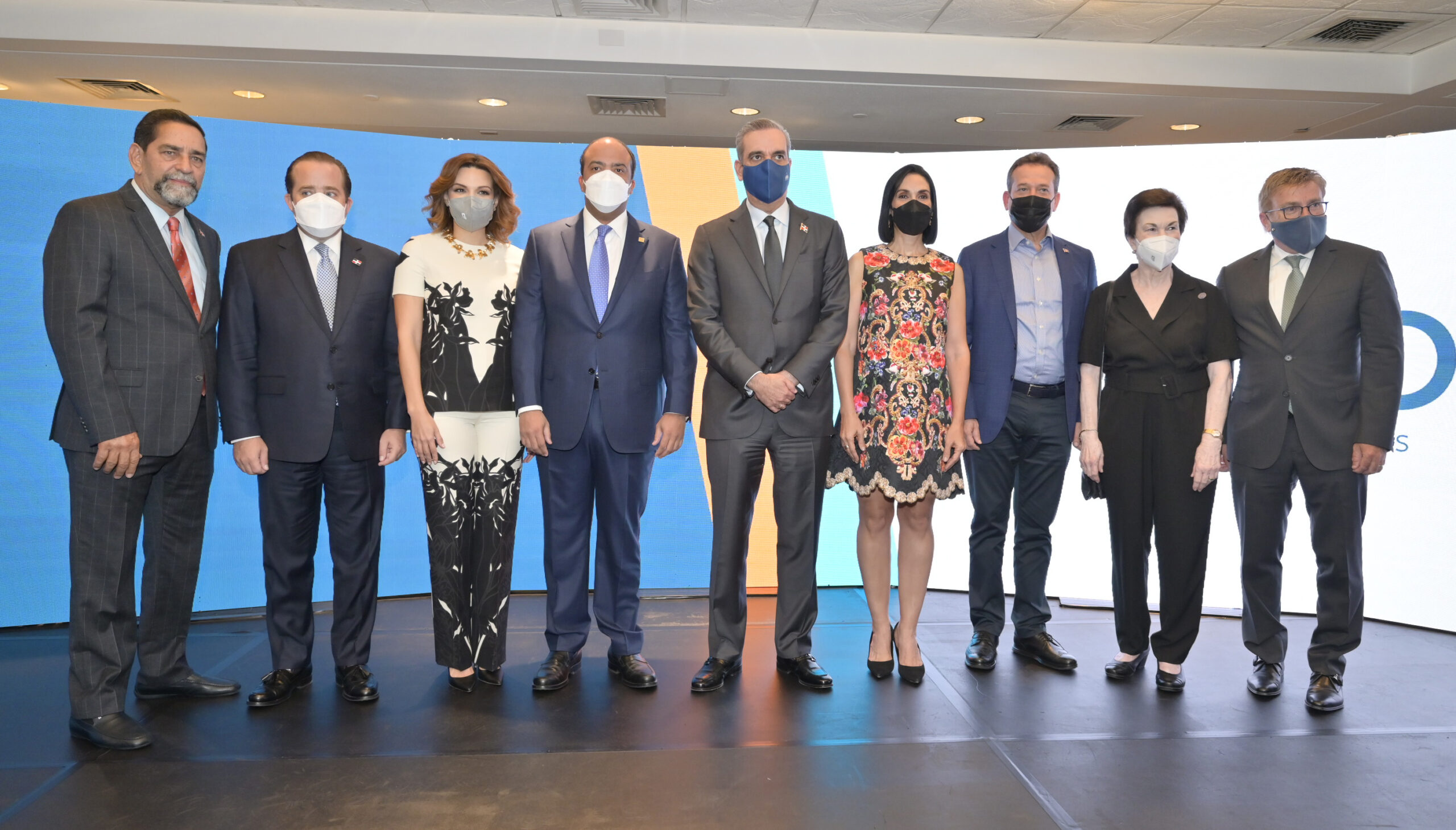 Abinader: “The diaspora is the main driver of recovery.”

The Dominican Government launched its Country Brand strategy on Wednesday in New York in its effort to strengthen its presence, business relations, and promotion in the United States, its leading commercial partner, and where most Dominicans who live outside its territory reside.

The ceremony, led by President Luis Abinader, Tourism Minister David Collado, Private Sector Country Brand Commission President Ligia Bonetti, and ProDominicana Director Biviana Riveiro, took place in one of the halls of the Ziegfeld Ballroom, in the heart of Manhattan.

During the activity, the five pillars that complete the Country Brand of the Dominican Republic were highlighted: Investment, Exports, Tourism, Culture, and Citizenship. Furthermore, it was explained that the strategy in the United States would be supported by the Dominican diaspora with whom actions will be deployed so that they welcome the country brand as their own and be the ambassadors in the United States, developing the pillars on which it is based.

The presentation of the Country Brand, which is the result of a long process that involved the Dominican government and private sector, was made within the framework of President Abinader’s visit to New York since one of its main objectives is to integrate the Dominican diaspora in the relaunch of the Dominican Republic and where the country can develop its maximum potential.

President Luis Abinader stressed that the Dominican diaspora is fundamental for Marca País (Country Brand) because they have been the main engine of the country’s recovery. Their effort and work are an example of commitment, brotherhood, and struggle for the homeland.

“Just by working for our brand, we do justice to all those who day by day, like every absent Dominican, model our values, work hard, inside and outside the country, undertake, innovate and build a better Dominican Republic,” said the president.

The Minister of Tourism, David Collado, described the launch of Marca País in the United States as a “historic occasion” because this will support the relaunch of the nation as an ideal destination for Americans, both in commercial and industrial matters as well as tourism.

“From now on there will be a before and after in the promotion of our country in the United States, a nation that gives us more than sixty percent of the tourists who visit us,” Collado said.

“In this effort to make our presence stronger here in the United States, we must go hand in hand, shoulder to shoulder, with that great Dominican community, which makes so many contributions to our economy through its visits, its remittances, its investment and the consumption of ours,” said the Minister of Tourism.

The Country Brand Strategy represents the beginning of a permanent effort to work integrally in the strengthening of the image of the Dominican Republic, projecting Quisqueya not only as a tourist square but also as an integral destination for business and investment, with top quality export products and also as a space full of cultural riches.

Throughout this strategy, the private sector, which has covered the expenses of the entire process to date, including the launch in the United States, plays a leading role, taking advantage of its experience, but also articulating actions to open the Dominican Republic to the world as an attractive and safe option to attract new investments sustainably.