Justice is served!: 30-year sentence for each of Yocairy’s attackers 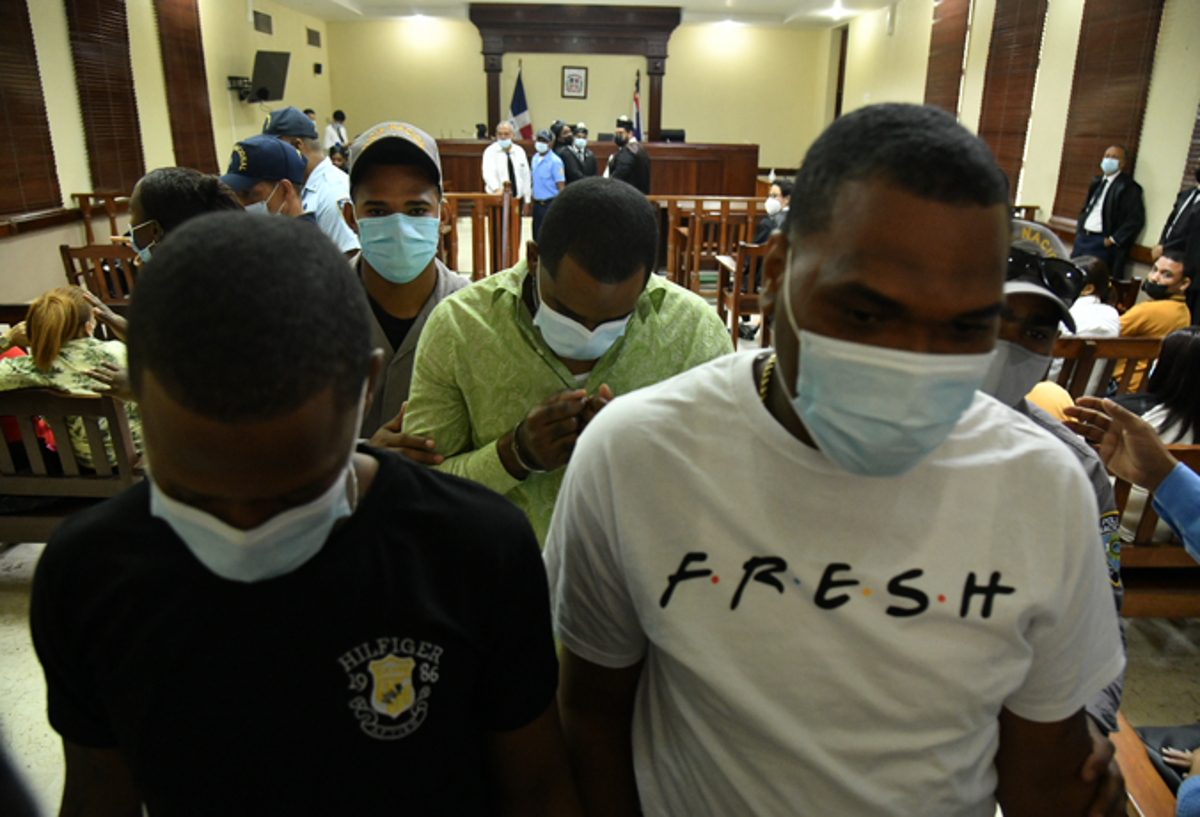 Yocairy Amarante sees justice served after the conviction of the three who threw ‘devil’s acid’ at her.

Yocairy Amarante, the young victim of the horrendously vicious assault by three men who threw the infernal corrosive called “devil’s acid” at her last year, disfiguring her face and part of her body, expressed extreme happiness yesterday along with a gesture of gratitude for justice.

And she had good reason: Yesterday, Willy Antonio Javier Montero, her ex-partner and mastermind of the act, Pedro Alexander Sosa Méndez (Alex), and Joan José Feliz (Pinol), who threw the substance, paid for their actions when the Third Collegiate Court of the National District sentenced them to 30 years, each, in prison.

After the conviction, Yocairy declared to the media, with a clipped voice, that her cries of happiness were only because she saw justice done in her case.

“I am crying from happiness because my case did not go unpunished and justice was done,” she said, in tears.

Both Yocairy and her defense expressed that this Thursday, “justice was done.”

“The case of Yocairy Amarante makes a reflection to society, to the Executive and Legislative branches, (to) enact a law that increases the penalty for those who use devil’s acid to perform this act of torture,” said a member of her legal defense team.

With their despicable, inexcusably inhumane actions, the three men disfigured the face and part of the body of a promising beautiful young girl in a criminal conspiracy ordered by her ex-partner by throwing a corrosive liquid called “devil’s acid” at her. Still, yesterday, the Third Collegiate Court of the National District sentenced the culprits to 30 years individually.

The court imposed the sentence against the young woman’s ex-partner, Willy Antonio Javier Montero, the mastermind, and the same punishment to Pedro Alexander Sosa Méndez (Alex) and Joan José Feliz (Pinol), who threw the substance.

The three men will have to serve their sentences in the jail of 15 de Azua.

Litigating prosecutors Magali Sanchez and Maria Silvestre pointed out that the crime committed by the defendants constitutes a violation of articles 265, 266, 303, 303-4, 309, and 309-1 of the Dominican Penal Code.

These articles criminalize the association of criminals, torture, violence against women, and causing wounds and trauma to the victim.

Moment of the attack
Pedro Alexander Sosa Méndez (Alex) and Joan José Feliz (Pinol) attacked the young woman throwing “devil’s acid” from a motorcycle last September 25 at Yocairy as she sat in the front seat of a public taxi in the area of Ensanche Luperón.

Perfect shirt in the photo. “Fresh” is right. Fresh meat for the hardcore prisoners!