Group wants to remove the statue of Columbus 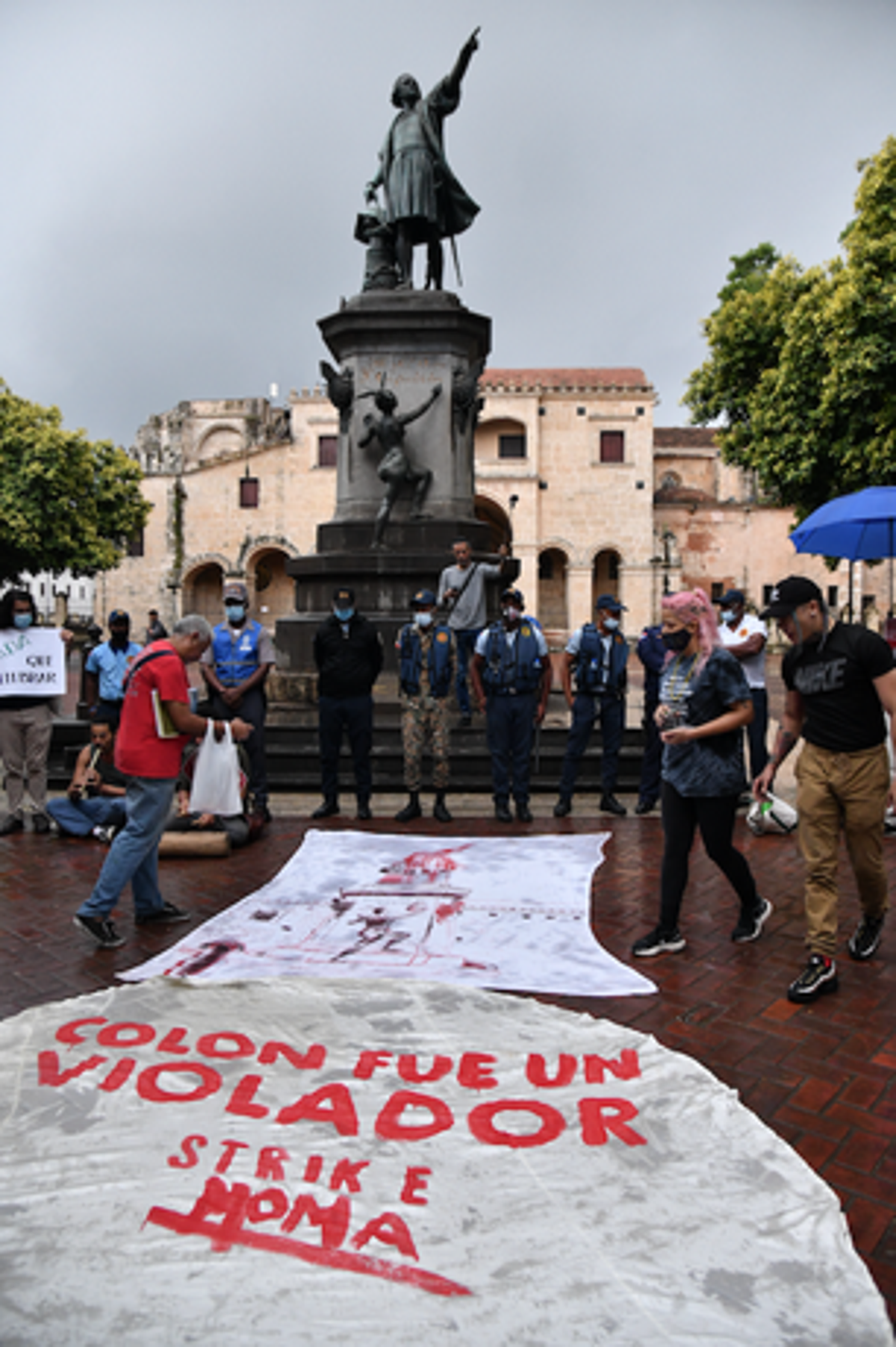 The Police came to prevent damage to the statue.

With signs in hand with the message “we do not celebrate genocide,” “October 12, nothing to celebrate,” and “colonialism, racism,” a group of demonstrators spoke out in Colon Park, Colonial City, against the existence of the statue that honors the European as well as the denomination of the “Day of the Race” which was commemorated yesterday.

They considered that the celebration of Columbus Day implies “that there is a need to decolonize the memory to decolonize society, monuments in the squares and cities. In addition to eliminating racist, xenophobic and discriminatory narratives in school textbooks.”

Too many lame brain Dominicans.

I think the interesting thing is that DR only has one statue of Columbus, thats interesting, I would have expected more. Secondly the statue is not historical, as it is less than 100 years old. And lastly it is lame to be importing problems from the US. Dominicans for de most part dont think about Columbus and could not care less but the copy pasting of american issues here will provoke a reaction from people that would like to keep the statue just to do not give up to the imported ideas.

If they remove statue…for whatever reason…they wil decapitate zona Colonial. In those days things were diferent…no United Nations…no human rights…only force was the name of the game. Those characters who want to remove it are history ignorants and doing damage to the present. You cant erase history by just removi g statue. Ignorants only can come up with such idea.

Thats not true, Columbus was arrested during his 3rd voyage and sent back to Spain in shackles, for SLAVING THE NATIVES, againts a direct order of the Queen not to do so. He knew it was wrong and did it anyways. He was a criminal by his time standars. and is a criminal by today sstandars also.

Lets now remove Santa Clos from history as a animal torturer…he uses rain dear for transportstion…..Just sugestion to other idiots.