The Armed Forces send more soldiers to reinforce the border 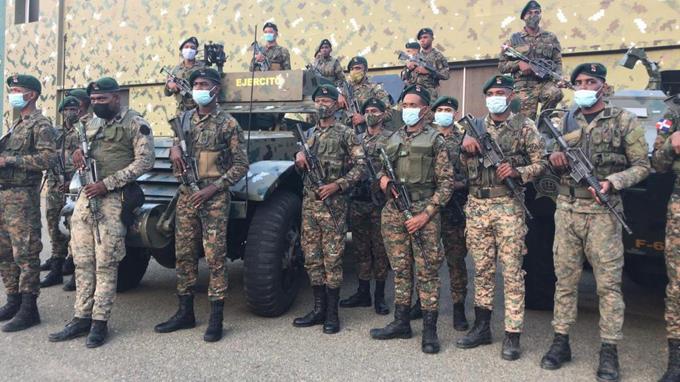 Dominican troops deployed on the border.

New military reinforcements were sent yesterday to the Dominican-Haitian border to protect the national territory from the prevailing social, political, and economic instability in Haiti.

Soldiers work 24 hours a day, albeit on a rotating basis, traveling through roads, alleys, hills, houses, abandoned buildings, and other places that can serve as shelters for undocumented Haitians crossing the border.

Helicopters fly over a wide area of ​​the border, while with drones, the military authorities take images of any abnormal movement and then act.

The actions are commanded by Colonel José Manuel Félix Brito, of the Tenth Army Battalion and also by Colonel Germán Rosario Pérez, commander of the Fourth Brigade.

Haitians defied insecurity and gangs, mainly those living further away from the border, such as Anse Ouge, Desdunes, Dessalines, Ennery, Grand Saline, Lachapelle, Lesgonaive, and other localities in the Northeast and Northwest Department.

So am confused so you’re guarding the border, but they can still come in through national market…