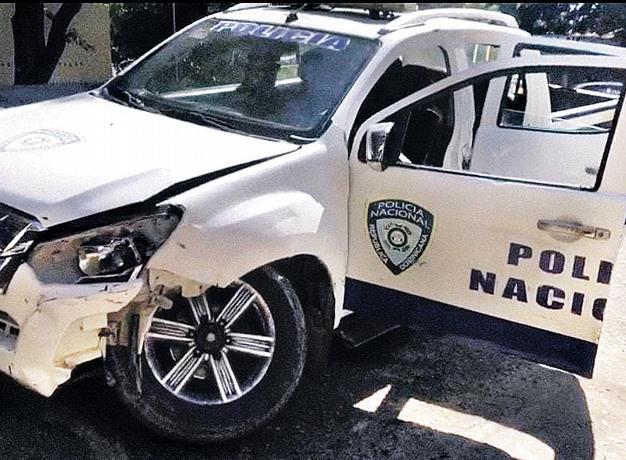 From the beginning of December, the National Police announced its Christmas operation to “protect the life, physical integrity and security of Dominicans and foreigners in the Dominican Republic during the Christmas, New Year, and New Year holidays. Kings Day.”

Its application, where the number of law enforcement patrol units is increased, and military personnel from the different armed forces are included, has been personally supervised by its general director, Major General Eduardo Alberto-Then, who, according to social networks of the police spokesman, Diego Pesqueira, has toured the streets of the country every morning of the weekend.

However, despite this, the National Police was an antagonistic protagonist during the Christmas holiday weekend, which included the celebration of Christmas Eve and Christmas.

During this period, it was reported that in Azua, a police corporal was killed, presumably to take his firearm and a motorcycle, when he was just inside a police station.

According to preliminary reports, the unknown persons came to the barracks and attacked the policeman, identified as Deivi Gómez Alcántara. Gómez Alcántara was a native of the municipality of Cabral, Barahona province.

Likewise, it was announced that several bullets killed a retired lieutenant of the National Police on Saturday night in an event recorded in the Las Pajas batey of the Don López de Hato Mayor Section.

According to various local media reports, the incident originated when the 51-year-old son of Casimiro Marte Tavarez “Mirin” hit several parked motorcycles with a truck, and one of the owners shot into the vehicle where the two of them were together, receiving several bullet wounds.

The body of Marte Tavarez is in the morgue of the regional hospital Dr. Antonio Musa of San Pedro de Macoris, for autopsy.

A video has surfaced showing that a National Police van parked in front of a liquor store in a community of Villa González, in the province of Santiago, was stolen by an unknown person whose whereabouts are unknown.

Through several videos circulating in social networks, it can be seen how the individual, in the middle of the street and clear sight of several people, gets into the truck and flees, hitting several vehicles and motorbikes along the way.

The authorities have not offered any version of these events, although LIistin Diario tried to contact them while writing this article.

The truck
Yesterday, the Police reported that they arrested Arturo López Silverio for taking a truck from the police force and colliding with several vehicles in Villa González, Santiago.

In addition, the uniformed officer said that he had opened an investigation to determine if the patrol members acted negligently when they allowed the vehicle to be stolen.

General Ernesto Rodríguez García said that there would be a penalty if there were negligence.