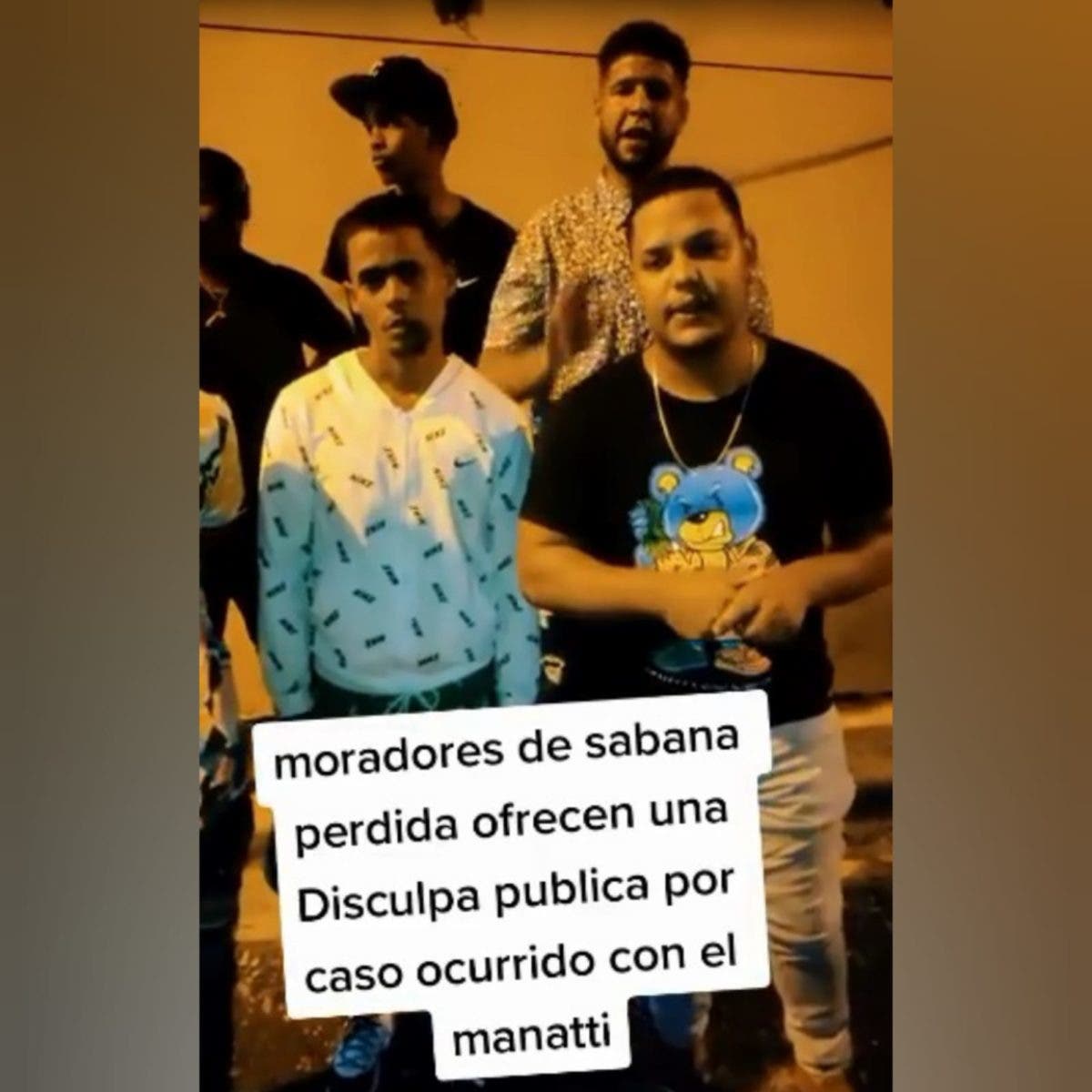 The aggressors of the manatee Juanita publicly apologized after dragging the specimen to the banks of the Ozama River to take photos.

This was made known through a video broadcast on social networks, where they explained that the calf was stranded and the only intention was to help.

“The truth is that the animal was stranded in a small network of barbed wire and the main intention, I know in my heart, was to help.”

“To the entire competent unit, I apologize for what I did. Very sorry because I did it innocently,” he added.

About aggression.
Last Saturday, an audiovisual circulated where it is observed how a group laughs while young people drag the animal to the banks of the Ozama River.

A voice can also be heard among the jeers and cheers, asking the unscrupulous to leave the animal in peace.

Communicator Roberto Cavada published the video through his Twitter account (@rcavada) in a post where he took the opportunity to call on the environmental and natural resources authorities to ensure that the action has repercussions if necessary.

“What a shame. The manatee “Juanita” was caught, assaulted, and abused in the Simon Bolivar sector located on the banks of the Ozama River. Let’s hope for exemplary actions by the Ministry of @ambienterd and the @ProcuraduriaRD and its animal protection unit,” wrote the news anchor.

It is possible they were innocently providing “help” to the animal. This underlines the call for government to educate the public about proper behavior towards creatures. Some brief radio or tv blurbs providing behavior, help, and contact information would be a start.