Coast Guard repatriates 19 Dominicans and a Haitian from Puerto Rico 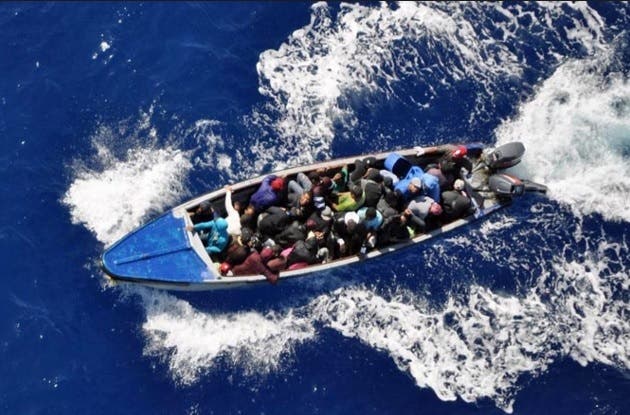 The Coast Guard indicated that 19 Dominicans and 1 Haitian nine were repatriated.

San Juan.- The US Coast Guard based in Puerto Rico reported this Thursday the repatriation to the Dominican Republic of 19 Dominican migrants and one Haitian who tried to reach the island illegally.

The migrants were transported by the Coast Guard cutter Margaret Norvell on Wednesday near Punta Cana handed over to a Dominican Republic Navy ship.

The coast guard intercepted the boat in which the migrants were traveling on Sunday night in the waters of the Mona Channel, which separates the Dominican Republic from Puerto Rico.

Since October 1, the Coast Guard has intercepted 155 Dominicans and 129 Haitians in the Mona Passage and near Puerto Rico. In 2021 there were 463 migrants from the Dominican Republic and 15 from Haiti.

Just two days ago, the Coast Guard reported the repatriation of 90 Dominican migrants who were intercepted near the western coast of Puerto Rico in three boats.

Democracy + capitalism + neoliberalism have created a huge economic inequality (GINI = 48%) coupled with unmonitored demographic explosion (11 millions here and 11.6 millions in the neighboring country) and the lack of opportunities will continue sending people illegally to PR. And in fact, 49% of the adult population in DR wants to leave the country. Good luck!