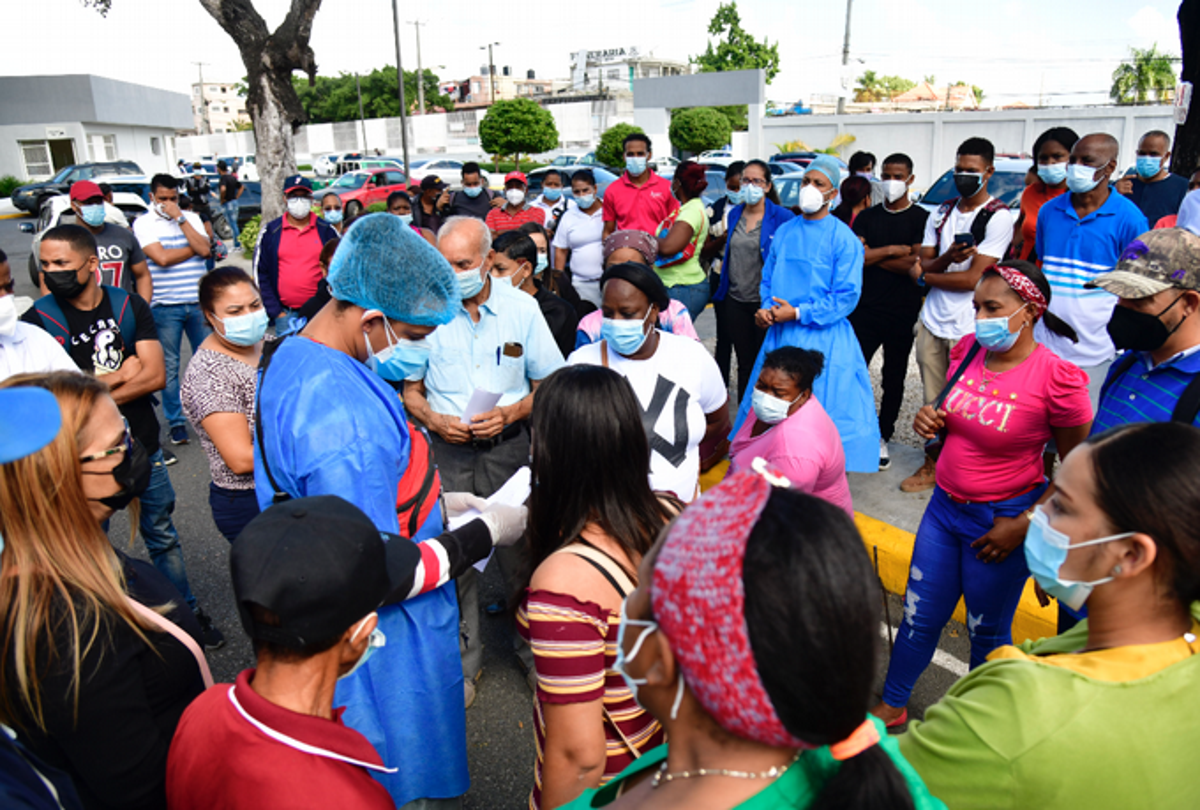 The National District, Santo Domingo province, Santiago, Espaillat, and Puerto Plata, are the territories with the highest contagion in the country.

According to the epidemiological records of the Ministry of Public Health, 60% of the active, positive cases of the Covid-19 virus are currently registered in women in all the provinces of the country, except Pedernales, where the most affected are men.

Likewise, 65% of the active cases of the virus are concentrated in five regions of the country, such as the National District, Santo Domingo, Santiago, Espaillat, and Puerto Plata. In comparison, the omicron variant is present in 97% of the positive samples sequenced in the country, with a nationwide presence.

The North and Metropolitan regions are those with the highest average positivity. The country’s doubling time of virus cases is between 50 and 60 days.

More than 7,000 new cases
Meanwhile, yesterday the country reported five new deaths and 7,153 new positive cases of the Covid-19 virus, detected in a total of 32,394 laboratory tests processed in the last 24 hours.

Despite the high number of infections and positivity that the country still maintains, the Ministry of Public Health authorities said they expect that, as we enter the fifth week of the fifth wave, the incidence will soon begin to decelerate.

They also pointed out that the transmission rate dropped from around 12 last week to less than nine.

Following the notification of five new deaths due to Covid-19, the country’s death toll rose to 4,274, with a case fatality rate of 0.83%.

Epidemiological bulletin number 671 issued by the General Directorate of Epidemiology (DIGEPI) registers a positivity of 39.86 percent, while the last four weeks stand at 30.39 percent.

Bed occupancy
With the report of 897 hospitalized patients, the occupancy of hospital beds in the Covid-19 network continues to increase, reaching 40% yesterday, while in Intensive Care Units (ICU), it is 39%, with 229 patients admitted. The use of ventilators is 31%, with 146 patients under assisted ventilation.

The National District continues to be the district with the highest rate of positive cases, with 2,006 new cases registered yesterday, followed by Santo Domingo province with 1,364 cases; Santiago with 673; Puerto Plata with 415; La Vega with 359; Hermanas Mirabal with 192 and La Romana with 186.

Meanwhile, the number of samples processed in the country since the pandemic is 2,833,192, equivalent to 271,158 per million inhabitants.

A DETAIL
Rapid variant changes
The director of epidemiology, Ronald Skewes, detailed that the omicron variant was detected in 97.6% of the 658 samples which were taken from January 2 to 16 and sequenced at the Dr. Defilló National Laboratory, being present at the national level, where only one delta variant was detected, in the province of Samaná.

He explained that the omicron quickly displaced the delta variant, which in samples taken between November 17 and December 13 of last year at the CDC in Atlanta, was present in 90% of 161 samples sequenced.