Deputies admit they did not read the Punta Catalina trust agreement 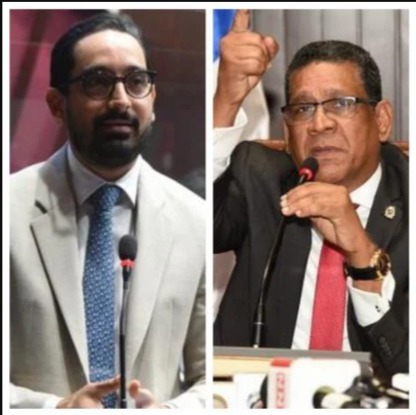 Two weeks have passed since the Chamber of Deputies approved the Punta Catalina Thermoelectric Power Plant (CTPC) trust contract, being sent to the Senate for it to be known.

However, after the deputies approved this agreement, it received criticism from various sectors, alleging that such a contract would privatize the CTPC.

Since then, several legislators and parties admitted that they did not thoroughly study the document mentioned above and explained that they based their votes in favor of what was contained in the favorable report of the project.

One of these was the deputy of the People’s Force, Rubén Maldonado, who expressed last Wednesday that his colleagues in the Lower House “did not have time” to study the project, noting that it was presented with another trust.

“The truth is that it came very quickly, and we did not have the time to analyze it, it also came accompanied by a project that almost all of us agreed on for its development, which is the case of the Pedernales trust,” Maldonado declared during his interview on the program “Wake up,” broadcast on the CDN channel.

Likewise, Alianza País issued a statement in which it is assured that the legislators of that political party voted in favor of the approval of the CTPC trust because, according to the report presented on the project, the thermoelectric plant will not be privatized.

“Given the reasonable indications of the citizens, we want to clarify that the vote in favor of the Punta Catalina Public Trust Agreement in the Chamber of Deputies was based on the premise that, according to the report presented to the Plenary by the Treasury Commission, all the parties that constitute said trust is strictly public, ruling out privatization,” read part of the document.

Likewise, the party called on the senators to return the contract to the Chamber of Deputies to be reviewed and modified.

After the criticism received by the opposition contract, the deputy of the Modern Revolutionary Party (PRM), Elías Báez, affirmed that all political organizations had access to the trust contract since October of last year.

It is a given elected officials cannot entirely read long worded legislation to be voted upon. Yet, they do have staff able to do it for them. Staff can advise them of points to be reviewed. Legislators have to be more diligent.

This trust legislation needs to have the fine print reviewed so the public is not screwed over again by bad remedies to make right the administration, operation, and maintenance of the Punta Catalina Plant.