The rains will continue towards the northern portion of the country 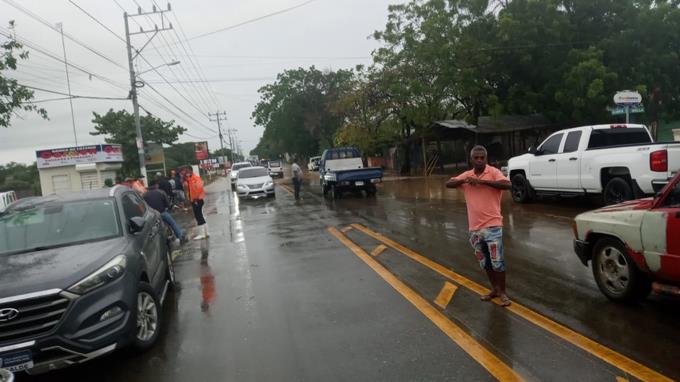 And there are abnormally high waves on the Atlantic coast.

The frontal system begins to weaken and is placed in the north of the country; however, moderate-intensity downpours, isolated electrical storms, and wind gusts will continue over towns in the regions, northwest, north, northeast, and the Central mountain range.

This is because the air mass will remain humid, combined with the drag of cloudiness that the east/northeast wind will be contributing towards the Dominican territory.

For tomorrow, Wednesday, the interaction of a trough at various levels of the troposphere and the humidity that the wind from the east/northeast drags towards the Dominican territory will favor the occurrence of cloudy weather accompanied by downpours that could be moderated locally with electrical storms and gusts of wind at times over the northwest, northeast, southeast, and Central Cordillera regions.

While the waves are abnormally high on the Atlantic coast.

Due to the rains that have occurred and the forecast for the next 24 to 48 hours, 15 provinces remain on alert against flooding due to sudden flooding of rivers, streams, and ravines, as well as landslides and urban flooding.

In Greater Santo Domingo, the sky will be partly cloudy to cloudy with light rains in the afternoon. The maximum temperature between 30 °C and 32 °C, the minimum between 18 °C and 20 °C.