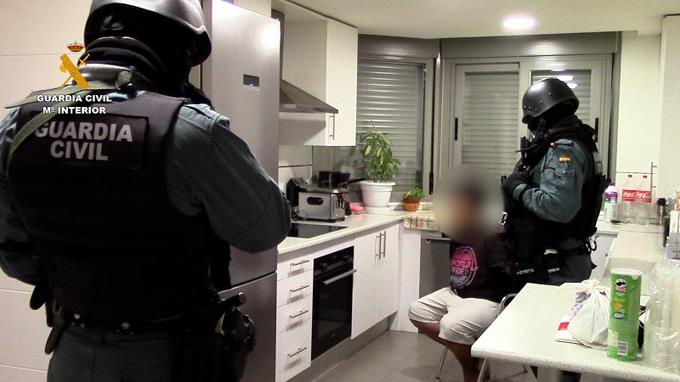 Health authorities say they will reduce centers where irregularities in care are reported.

After registering a drop in the pressures caused by Covid -19, in recent days, the significant weaknesses that the Dominican health system suffers have once again been put on the table, to the detriment of the quality and right to care of patients. Patients.

Indifference and other manifestations of dehumanization in care; economic deposit requirement for entry; “Rebounds” or allegation of lack of beds at the time of a referral and long hours in emergencies waiting for beds, are part of the complaints and reports that patients and family members have been making through different channels.

Added to these weaknesses are others that are also detrimental to the quality of care, such as difficulties in accessing medications, among them for patients with high-cost diseases; the charging of high co-payments for consultations and other medical services and the deterioration of the hospital infrastructure, which in many cases makes it necessary to receive care under overcrowded conditions.

Although these are complaints that for years have been present as a “negative point” of medical care in the country, it is in this last week that complaints from patients and relatives have resurfaced that describe the harshness with which they sometimes receive services.

Administrative Resolution 00156-2008 issued by the Superintendence of Health and Occupational Risks (Sisalril) provides in its first article that “The Health Risk Administrators (ARS) are ordered to guarantee from this resolution, that in no case or circumstance the Health Service Providers (PSS) contracted by them, require the members of the Family Health Insurance (SFS) payments for advances or deposit as a guarantee for the medical-surgical care services that they require, or deny the service for not making said deposit or advance.”

Long waits
“The waits in the emergency rooms are getting longer and longer” are common expressions among patients who have presented health problems in recent weeks.

Added to this, due to the Covid-19 pandemic, before admitting a patient, health centers have a protocol to carry out the virus test, and, in case they are not part of the Covid Hospital Network, the patient must be referred to another establishment. It is often a task that their relatives must carry out.

In some specialized centers of the public network, the excessive demand for care makes it difficult to find a bed. An example of this occurred this week at the Rosa Emilia Sánchez Pérez de Tavares National Institute (Incart), where cancer patients treated in the emergency room were sent home due to the lack of beds for admissions, regardless of their status, and others even they do blood transfusions in the emergency cubicles.

In other centers, the overdemand means that people with severe conditions, such as a Cerebrovascular Accident (CVA), one of the leading causes of death in the country, are not admitted to emergency services. There are times when they must remain up to two days on the stretcher, waiting to be taken to the hospitalization room or ICU.

Specific complaints
Last Sunday, February 6, at night, an 88-year-old man with hypertension and diabetes was taken to the emergency room of the Guayubín Olivo clinic in Santo Domingo Este with a loss of consciousness. They treated him and said that he had a picture of tuberculosis and that he had to be admitted to the ICU, but they had to deposit 150,000.

The relatives, says his grandson Javier, did not have the resources and chose to take him to a hospital after paying the sum of almost seven thousand pesos for first aid.

This pensioner, who only has subsidized insurance, received care at the Luis Eduardo Aybar Health City, where the previous diagnosis was ruled out. Instead, he was sent home stabilized with a referral to a specialist from the same center.

Child convulsing
Early this Monday, a one-year-old and 10-month-old child was taken convulsing, due to high fever, to the emergency room of the Dominican Medical Center, where his pediatrician is, and it was closed due to difficulties in the “system,” according to explained security personnel.

His father, the photojournalist, Raúl Asencio, says that he went to the Corominas Pepín Clinic, and they did not attend him due to the lack of emergency pediatricians. “There, they told us that they did not have a pediatrician and that we had to leave the center (his wife and him), and there we went to the Plaza de la Salud, and they treated us.

Case at Incart
A patient with lung cancer from Baní had an admission indication for Monday to transfuse three units of blood due to the delicate state he presents. The donors arrived early, and everything was ready, but there was no bed available because of the number of patients. The patient, who also has diabetes and hypertension, remained seated in his wheelchair from morning until after 5:00 in the afternoon when a stretcher was vacated.

“They dispatched those who had attended, and a stretcher was vacated, there they treated him, and at 1:00 in the morning they put the first pint on him, and mid-morning they put the second on him. “Here there is good care, everything is clean, but there are too many patients, more beds are needed,” said one of the patient’s sons.

The 76-year-old man has Contributive Senasa insurance, but he prefers that hospital specialized in oncology than going to a private center.

High Cost
Regarding the reports of difficulties in accessing medicines through the High-Cost Program made by affected patients, Pérez said that this program is being strengthened and that this year it will be transferred to the Vice Ministry of Collective Health.

He recalled that the drug purchasing process is associated with Promese, where he pointed out that there is a supply of drugs, so work will be done to improve the methods, which have remained unchanged for many years.

Public Health will investigate When asked
about the different complaints made by patients and relatives both through various media and social networks and in interviews with editors of Listín Diario, the Deputy Minister of Collective Health of the Ministry of Public Health, Eladio Pérez, assured that They will investigate the complaints.

He recalled that the Ministry of Public Health is the rector of the Dominican health system, so reductions will be made in centers where complaints of irregular charges or weaknesses in the quality of care are made to inquire about it.

The official pointed out that the waits in emergencies are sometimes recorded due to over-demand. He also cited the deteriorating conditions that some healthcare centers present due to the state of abandonment they were subjected to for many years.

The health system here is appalling. every one appears to be lost and not qualified and not concerned at all about the patient. i can tell you first hand that the clinic on the highway in boca chica is only concerned about money. i am an old man and had an episode of not being able to breath. My kids took me there in a hurry only to be first asked do you have money and leaving in a hurry i did not have my wallet and said no and they told us to leave, me gasping for air. another time i had a large kidney stone and they had to operate to remove it. Well months after i was still having a lot of problems and in a lot of pain. i returned to the doctor, they took an Xray and found they left a wire inside and in order for them to fix their mistake i had to pay again for another operation. i never did find out why i was so short of breath. again, they are clue less. for a country that has medical schools here i cannot figure out why the medical is so outrageous here.