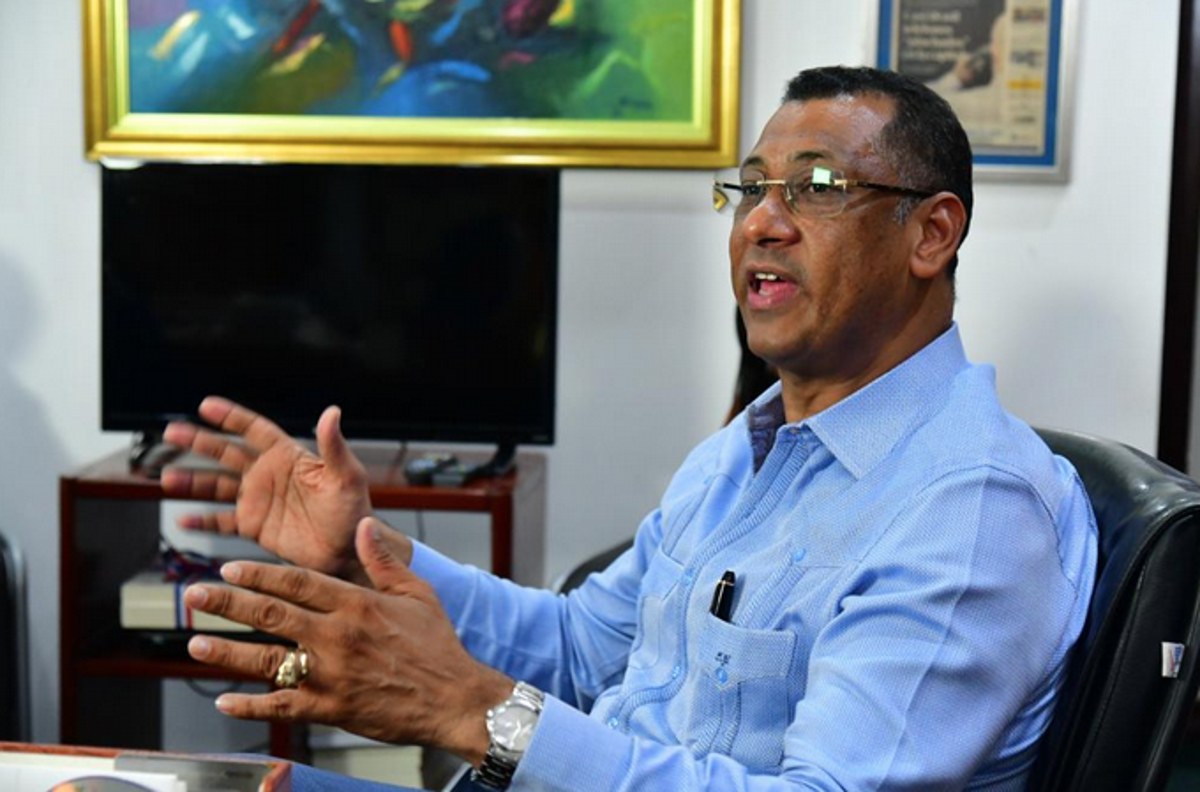 The pilot plan with which the delivery of “border inhabitant cards” by the General Directorate of Migration (DGM) to small Haitian merchants who participate in the binational markets on the border would be implemented has been suspended due to the socio-economic situation in Haiti.

During a visit to the director of Listín Diario, Miguel Fanjul, the general director of Immigration, Enrique García, explained that these cards were supposed to be issued last month and not on National Independence Day had been reported.

“That card will not be in force for the moment due to the situation of instability experienced in the neighboring nation, in addition to some technical situations that we still have to study; The delivery was supposed to take place on January 27 and 28, but we decided to suspend it until conditions in the neighboring nation improve,” Garcia explained when expressing the reasons for the suspension.

The official added that there is no date for when the pilot plan for delivering that card would begin. Still, he did emphasize that, in his opinion, it is a “first attempt” to control that border area with the binational markets. “I do believe that this is the first step to control the border, that is a simple card that does not give the Haitian citizen any rights… they cannot sleep here, nor can they leave the demarcation that touches them,” said García, after adding that it does not give them the right to work outside their place in the market where they work.

The pilot plan
The border cards are established in resolution number 09-2021, which was created according to the General Migration Law. Its objective is to show the design and implementation of the “Pilot Plan for the Execution of the Migratory Subcategory of the Border Inhabitant” for foreigners of Haitian nationality to collaborate with the excellent development of the socio-commercial activities carried out in that area. Country area.

Temporary
status “The temporary status under the subcategory of border inhabitant is a figure that is born in the General Law of Migration 285-04 with the purpose of giving a temporary status directed to the resident population in the area of ​​Haiti, bordering the Dominican territory, and seeks to generate the information registry of this migrant population and grant a temporary regularization benefit to those who meet the requirements”, indicates resolution 09-2021.

It establishes that the border inhabitant status will be valid for one year; Likewise, the Migration Directorate may cancel the card when the border inhabitant violates the perimeters of circulation or the conditions of permanence, the violation of the Dominican legal system, and for incurring in breaches of the migratory regulations after the granting of the temporary status granted.

“If the card says that a person has a card to be in Dajabón and is found in Pedernales, their card will be canceled and they will be deported immediately, but I repeat, all of that is stopped for now,” said García, who the person in charge of communications accompanied. of that entity, Carlos Batista.

Learn more
The border is a sensitive area
The publication.
Listín Diario published yesterday on the front page the information on the delivery of the particular card, which would give free passage to Haitians to work and carry out other commercial activities without the intention of staying in the Dominican Republic.

Theft complaints.
Ranchers and farmers in the border area denounce the theft of their production by Haitians who cross illegally or those who work in those demarcations informally.

Instability.
In Haiti, instability has prevailed in recent years, which worsened after the assassination of its president, Jovenel Moise, whose investigation is still ongoing.

‘Ranchers and farmers in the border area denounce the theft of their production by Haitians who cross illegally or those who work in those demarcations informally.’ Of course, Haitians are to blame for every little malfeasance in every sector of your banana fields. Even the Covid 19 spread should be blamed on Haitians. What Bullshit!

DR must start the divorce with its neighbor. You are losing sovereignty by tying your economy (trade, labor, and production) and political stability with your neighbor who has proven to be fine mess.
DR, you must diversify your customer or die while blending yourself more with your neighbor!