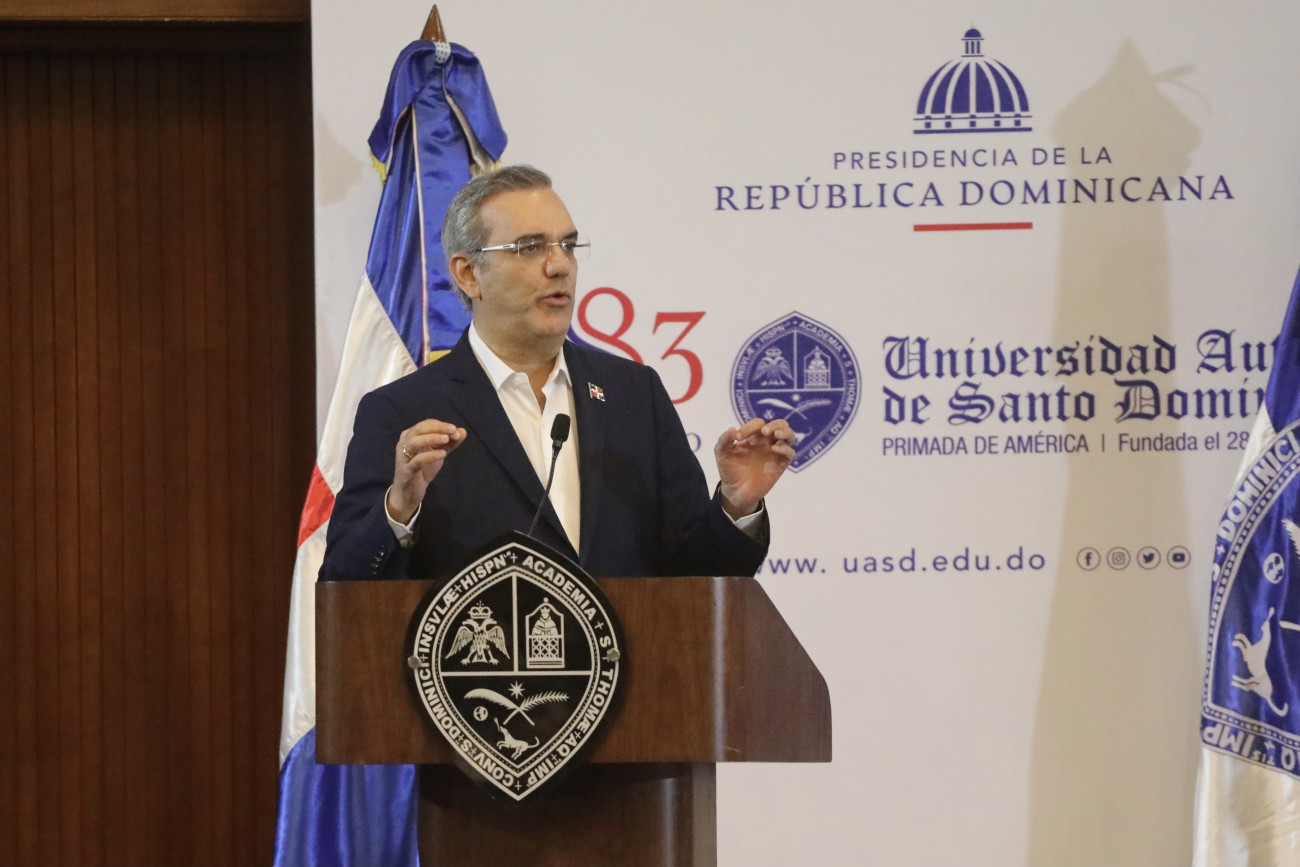 Abinader stressed that there is no corruption in his government.

President Luis Abinader said yesterday that the current administration has built and announced works because there is no embezzlement in his management, and there is good management of state resources.

“I want to say that there are many people from the opposition who say and how is it that they are announcing works, how is it that they are talking about works. Well, what happens is that in this government we do a lot with little, because there is no such corruption or embezzlement and we defend every peso,” exclaimed Abinader.

The words of the head of state were pronounced during an act at the Autonomous University of Santo Domingo (UASD), where he recapitulated several previously announced projects and took the opportunity to say that the budget for several of these works has been completed due to financial savings of 2021.

Meeting with ministers
The statement by the President of the Republic comes hours after he held a meeting with the Council of Ministers at the National Palace, where it was announced that they would take more measures to “rationalize public spending and face international price increases.”

His being a politician grants him the allowance to say there is “no corruption”. He has worked actively to eliminate corruption. In the real world corruption is always there and will not go away, It can be reduced. There are always lowlifes hiding in the shadows. This administration is shining light into the shadows.

Corruption always accompanies power. To make an absolute statement of denial of a behavior that is intrinsic to capitalism comes across as insulting the listeners (people who have witnessed corruption for decades). If the Dominicans need a cheerleader, they got one. But don’t pretend that embezzlement has disappeared and continue to expect that people who worked for the government to accumulate wealth (property, liquidity, and even social prestige) and that you still have to associate yourself with a winning political power for you to have a decent paying job regardless of you skill set. Nothing has changed!