Specialists are surprised by relaxed measures before absence of Covid 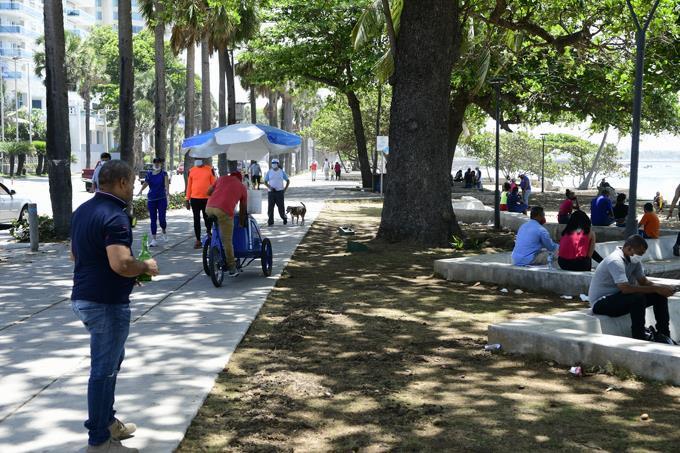 Santo Domingo, DR
Surprise, concern, and shock were aroused among the Dominican scientific medical community by the measures announced by the Government suspending the sanitary restrictions imposed by the country to face the Covid-19 pandemic, among them the obligatory use of masks.

Medical scholars, researchers, union leaders, and leaders of specialized medical societies described the decision announced Wednesday night by President Luis Abinader, at a time when the virus is still circulating, the pandemic alert is still in effect, there are provinces with positivity of over 20%, there are hospitalized patients and deaths from the disease continue to be reported.

They warn that the behavior of the Covid-19 pandemic is still unpredictable worldwide and that this governmental announcement could lead to an increase of contagions and will slow down, even more, the vaccination against the virus among children and adults. Therefore, they recommend that the population continue using masks in closed and indoor spaces and get vaccinated against the virus.

On the subject, in separate interviews, I spoke to Listín Diario, the president of the Dominican Medical Association (CMD), Senén Caba; the presidents of the Dominican Societies of Infectology and Pediatrics, Clevy Pérez and Luz Herrera, respectively and researcher Robert Paulino, while other specialists expressed their opinions through their Twitter accounts, such as cardiologist Pedro Ureña and cardiologist-interventionist Carlos García Lithgow and former minister Bautista Rojas Gómez, among others.

With Covid-19, nothing is set in stone.
The president of the CMD says that, although in principle it is plausible to go dismantling measures because the positivity and occupation of beds are low, for the moment one should not lose sight that with the Covid-19, nothing is written, so the measures announced in some aspects are taken cheerfully. For example, masks should have been kept for closed and crowded places.

“The fact of not requiring the vaccination card is going to discourage vaccination, where there are barely two million with three doses and six million with two doses, which says that we are below the expected,” and that at any moment another explosion of the virus could arise.

He understands that some measures should have remained in place and gradually dismantled.

SPECIALISTS
In his social networks, Dr. Pedro Ureña pointed out, “the reality is that in the DR, none of the measures (masks or vaccination card) were being reinforced. Personally, we will continue to appeal to the use of masks in closed places and to promote vaccination until the entire population is reached.” Dr. Garcia Lighgow wrote in his Twitter account that pandemics do not end by decree, only when they complete their cycle. This is scientifically proven.

DT…get over it and stop posting this crap. You are starting to sound like a whiner.

While 7 million die from air contanmination related deaths workwide yearly .Let us not forget the 4000 plus deaths yearly from car related deaths in the Dominican Rep .Okay now i nderstsnd that an educated person or people who do there research which is backed up facts opinions and feelings do not count .Keep the articules coming .Pathetic

Those other ways that are killing people are not competing with COVID. Nor they should be used as an excuse to forget about COVID. Everything that is killing Dominican including aging is on the table!!

DR political system continues to hope that COVID will kill more especially those who are seen as public charge or heavy burden to families (because some are using this virus to eliminate personal enemies or to inherit wealth right now). Unfortunately, the desire to restore normality (whatever that is) will claim more casualties.