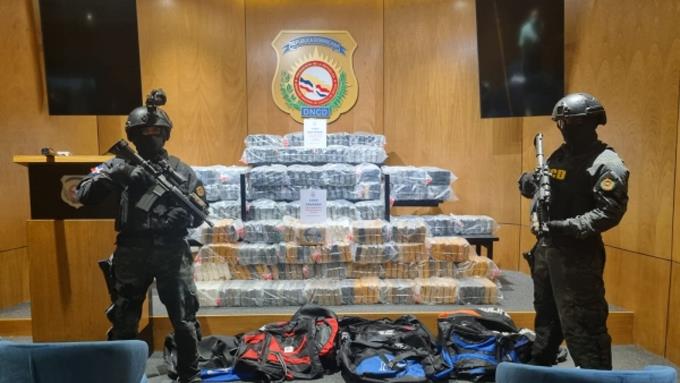 In addition to being the Dominican capital, Santo Domingo plays the role of being the city in which the most drug seizures in number and quantity were made during the last year.

Between February 2021 and that same month in 2022, in the National District, the municipalities of Santo Domingo Este and Boca Chica, as well as at the Las Américas International Airport, the Port of Haina Oriental, and the Caucedo Multimodal Port, around 56 seizures of numerous packages of illicit substances were recorded.

On  January 7, the authorities seized 1,200 packets of cocaine at the Caucedo Multimodal Port, “the largest volume (shipment) seized during the last six years at that port,” as described by the National Directorate of Drug Control (DNCD).

The substance, weighing 1,241.52 kilograms (more than a ton), came from Guatemala and was inside containers in transit through the country, whose final destination was Belgium.

Another consignment of a striking amount was seized in the same place in October of last year. These were 978 packages of cocaine found after reports were received that a container loaded with wood, which was in transit through the country, would be taken to Hong Kong contaminated with controlled substances.

There is an internal domestic market that consumes these substances in DR. Under this democracy, DR has become a producer, importer, exporter and consumer of these illegals substances. I have not trust in this democracy in defending DR from this invasion. Headlines of catching some cargos are made to justify the budget of uniformed agencies whose job is for catching theses substance.
I still believe that the heavy hands of dictatorship or reducing the individual freedoms are the only ways to stop dead the presence of the drugs in DR.