Sidewalks and pedestrian walkways without accomodations for the blind 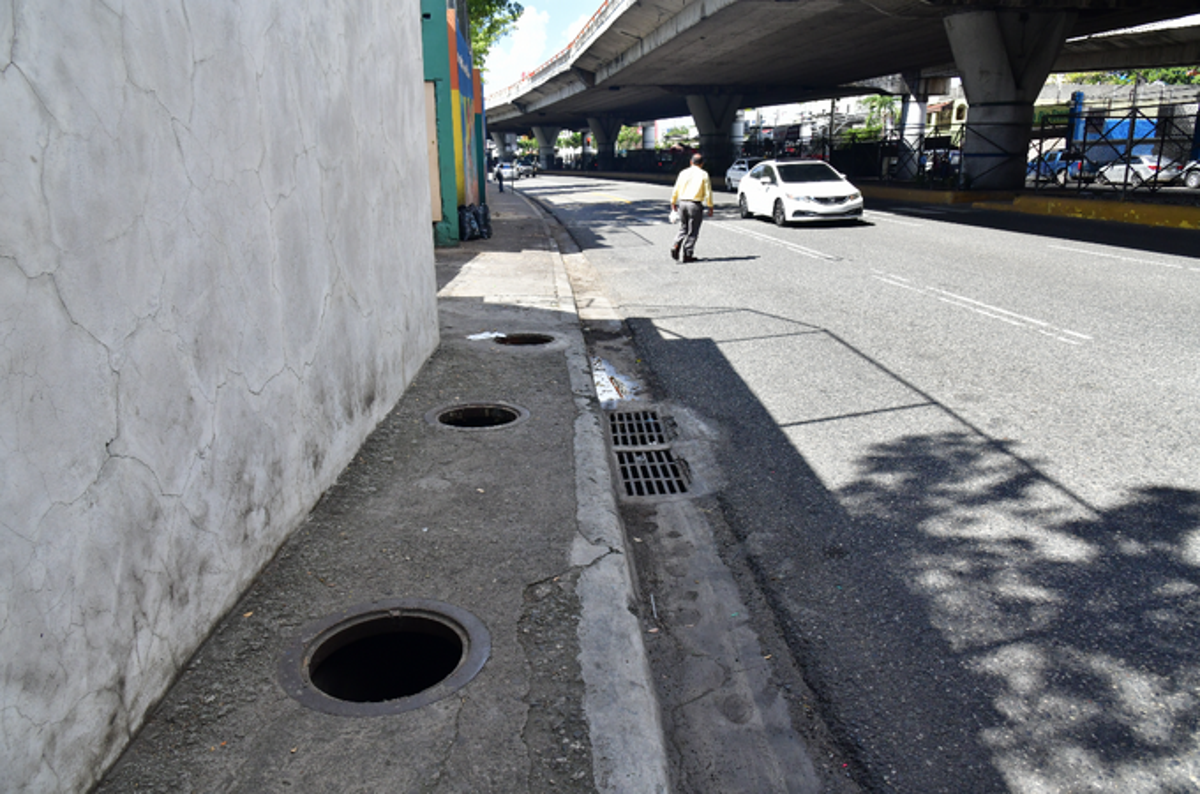 The scuppers are uncovered on the sidewalks. RAUL ASENCIO

Carelessness and pollution abound on the streets and sidewalks of Greater Santo Domingo. Although it is an issue that affects all citizens, clearly, people with disabilities, especially the blind, are the most vulnerable to these dangers.

Through a tour of some streets of the capital, journalists of Listín Diario were able to observe the unevenness of sidewalks, pedestrian bridges without railings, deep holes without covers, and the quantity of sewage water.

Andrea Melo, administrator of the Dominican Foundation for the Blind (Fudci), commented that these inconveniences were discussed two weeks ago through a community meeting, where a man was in charge of collecting the information with the objective of distributing it in the corresponding places for its solution.

In the same way, she commented that the board also discussed the pedestrian located in the Expreso Quinto Centenario with Peña Batlle, which is missing more than three railings.

“When the pedestrian walkway was announced two Saturdays ago, they were here but we were not here. They did the work, but apparently it was not on the one we pointed out. I think they will send someone to supervise,” said Melo.

These holes are nothing new to the public. The covers, many of them of metal, were stolen to be sold to crooked metal recyclers. The government should replace them with very heavy composite or concrete lids.

A suggestion is to order people convicted of stealing covers to pay a fine based upon the average sum of medical bills of people, repair/replacement of damaged vehicles, and other associated costs caused by their thefts. They cannot get out of jail until the fine is paid in full. That would be plenty of incentive to curb thefts. People who witness and report the thefts are rewarded a portion of the fine.