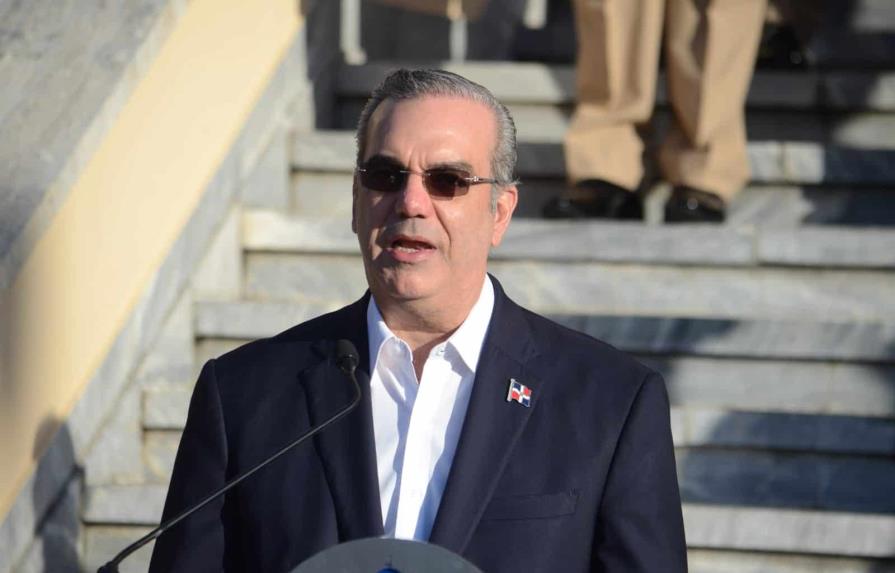 View of President Luis Abinader during the act of homage to the National Flag. ( Photo: Press Presidency )

President Luis Abinader described the values that, in his opinion, have accompanied the Dominican people since the founding of the Dominican Republic, attributing to them the excellent performance in historical struggles, such as the pandemic.

Abinader proclaimed a nationalist speech at the foot of the steps of the National Palace in a solemn act of hoisting and military honors to the Dominican flag, whose day is commemorated this February 23.

The President affirmed that “it is no coincidence that the fight against Covid 19 and its negative effects on health, the economy and in all social spheres, has been successful, making our country a reference of social normalization and economic reactivation at international level.”

For him, “it is the spiritual force of the Homeland itself” that guides the government’s actions to reach satisfactory results.

“We embrace our beautiful flag because it summons, in all that it represents, the people to overcome the difficulties and the great crises. We are achieving this with intelligence, work capacity, honesty, and creative and patriotic will,” added the leader.

The President was accompanied by Vice President Raquel Peña and the First Lady, Raquel Arbaje, and the high command of the Armed Forces and the National Police.

During the ceremony, the military honors were performed with the firing of 21 cannon blasts by the Battalion of the First Regiment of the Presidential Guard, and the President was presented with the account of the patrician Juan Pablo Duarte.