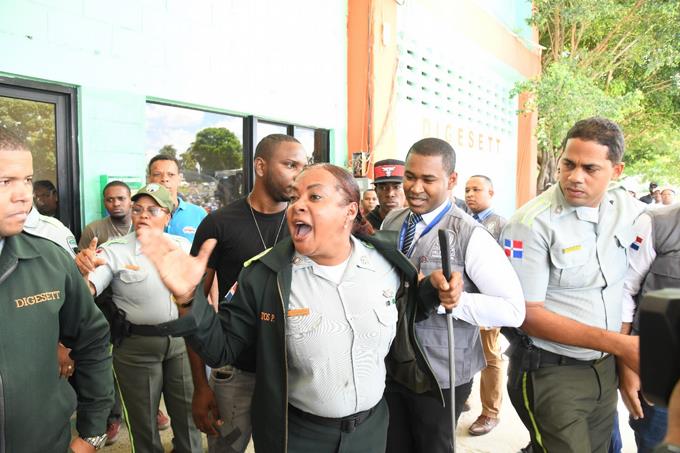 Santo Domingo.- Police Col. Ysabelita de los Santos Pérez said that she was named impound yard manager in May of last year by the director of the General Directorate of Traffic Safety and Land Transportation (Digesett), General Ramón Antonio Guzmán Peralta, to correct the “problem” that occurred with the release of vehicles, noting that she has 35 years in the ranks of the National Police.

With her statements, she admitted that she found corruption in the place and said that she affected many interests. She cited the number of “fixers” who charge motorists five and ten thousand pesos to retrieve their motorcycles and dealers of motorcycle chassis.

““I came to that place to correct, to defend the citizens because there the owners of that dog track were the different motor agencies that were dedicated to going to look for motorcycle chassis. They entered like a dog through their house, because when they perished there there was a staff that did not have control and they came in and did what they wanted, but upon my arrival, where the director of the Digesett sent me to correct all that anomaly that had afflicted them, as a result of that I affected quite a few interests,” Santos Pérez said when interviewed on the program El Sol de la Mañana, the day after she was fired.

I don’t think she stole any money. If she did, her hair would be right and not pulled so tight.