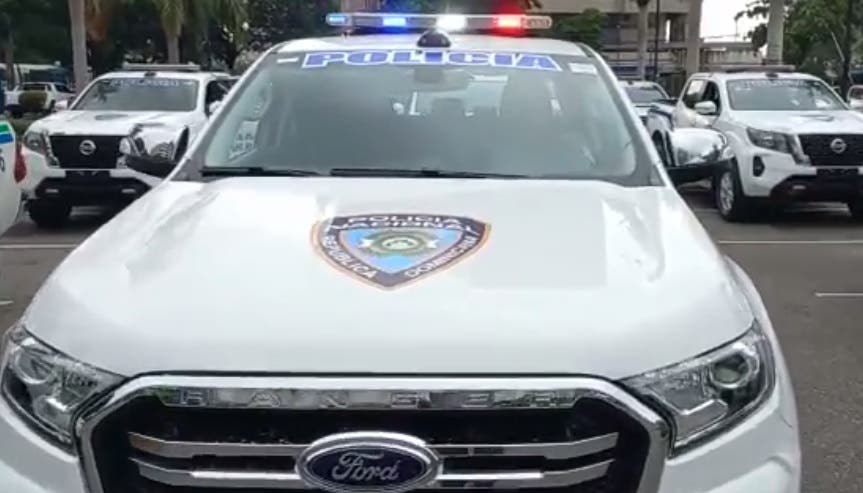 Through the Ministry of the Interior and Police, the Dominican Government presented this Friday to the country the first 339 units of the National Police equipped with Carkit (external and internal fixed cameras) as part of the recently announced measures.

The general director of the institution of order, Major General Eduardo Alberto Then Guzmán, said they have decided to prioritize the Specialized Directorate for Attention to Women and Domestic Violence. Each unit has a surveillance system installed.

He indicated that the Carkit will allow direct viewing of the good and bad performances of the agents, as well as the approach to the citizen, “whenever a service of this nature is required and permanently in the patrol.”

Then revealed that in each of the intervened sectors of the Comprehensive Strategy, they will be reinforced with these new units.

The Cars Kits contain a video recorder (DVR); two high-definition cameras for exterior and interior; a microphone; a system for tracking and geolocation (AVL) (GPS); a SIM Card module for 4G communication; a backup battery; and a system of antennas, which will allow the collection of information that will be used for investigations and to monitor the work performance of police officers.

The cameras can simultaneously monitor and listen to live images internally and externally, with a recording system of up to 30 days that can be uploaded to the monitoring center servers for protection and availability through data technology. LTE (SIM cards). In addition, the real-time GPS contains the history of the car’s route.

With this action, one of the measures announced by President Luis Abinader Corona is fulfilled, to begin moving from planning to concrete steps on the issue of police transformation.

It is good that the country is turning to technology to keep stories factual. However, the question to be asked by everybody is how long are these cameras going to be used before the public is informed they are in disrepair or not turned on during an incident?

Excellent idea. Remember camera maintenance and cameras are part of the standard operating procedure. Can they (camera) view the rear of the vehicle (that’s where the suspect or goods will be put in)?