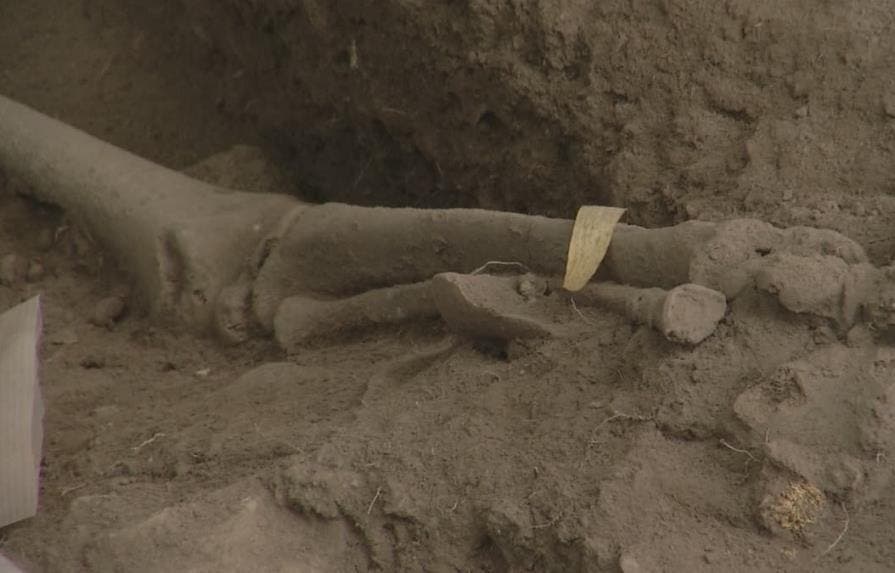 A team of archaeologists working on a project that seeks to identify the first inhabitants of the Dominican Republic reported the discovery of an ancient cemetery in the area known as El Francés, on the eastern end of the Samaná peninsula, located in the northeastern part of the country.

“What we are excavating right now is a ritual-funerary zone. More than a cemetery, it is a very sacred site, very magical, where people were buried who were among the first groups that lived on the island,” said archaeologist Adolfo López, in charge of the excavation, to the international network CNN en Español.

So far, Lopez and his team claim to have discovered 17 corpses, and although they have not yet determined their age, they explained that the archaic funerary complex dates back some 3,000 years.

“We are going to work on the issue of DNA and Carbon 14 (to identify the age of the remains) with Harvard University, who are working hand in hand with us on this,” the archaeologist explained to the international media.

(With information from CNN en Español)

The fisrt group of humans arrived to the island from central america 6000 years ago, the Tainos arrived from South america much later and basically wiped out the fisrt settlers.

Among the peoples who inhabited the Antilles prior to 1492, the aborigines of Hispaniola achieved the highest level of development. The theory of a South American origin, which is now undisputed, is supported by the similarities in language, their use of tobacco, their housing construction techniques, the cultivation of maize and manioc, their use of the hammock, the construction of canoes and, above all, by their ceramic styles. Archaeologists have unearthed and studied thousands of objects that reveal a society comparable to some of the early neolithic societies of ancient Europe. These artifacts, and the records left by some Spanish chroniclers show that at some point in their social evolution these peoples started developing cultural characteristics that eventually distinguished them from jungle peoples from the Orinoco and Amazon river basins, from which they originated. This is revealed by many objects not found in South American cultures, such as the carved three-cornered stones that were used in ceremonies and rites from fertilization of the earth.

This is a great finding and supports the history of work done like Dr. Lennox Honeychurch amonst others in the Lesser Antilles.