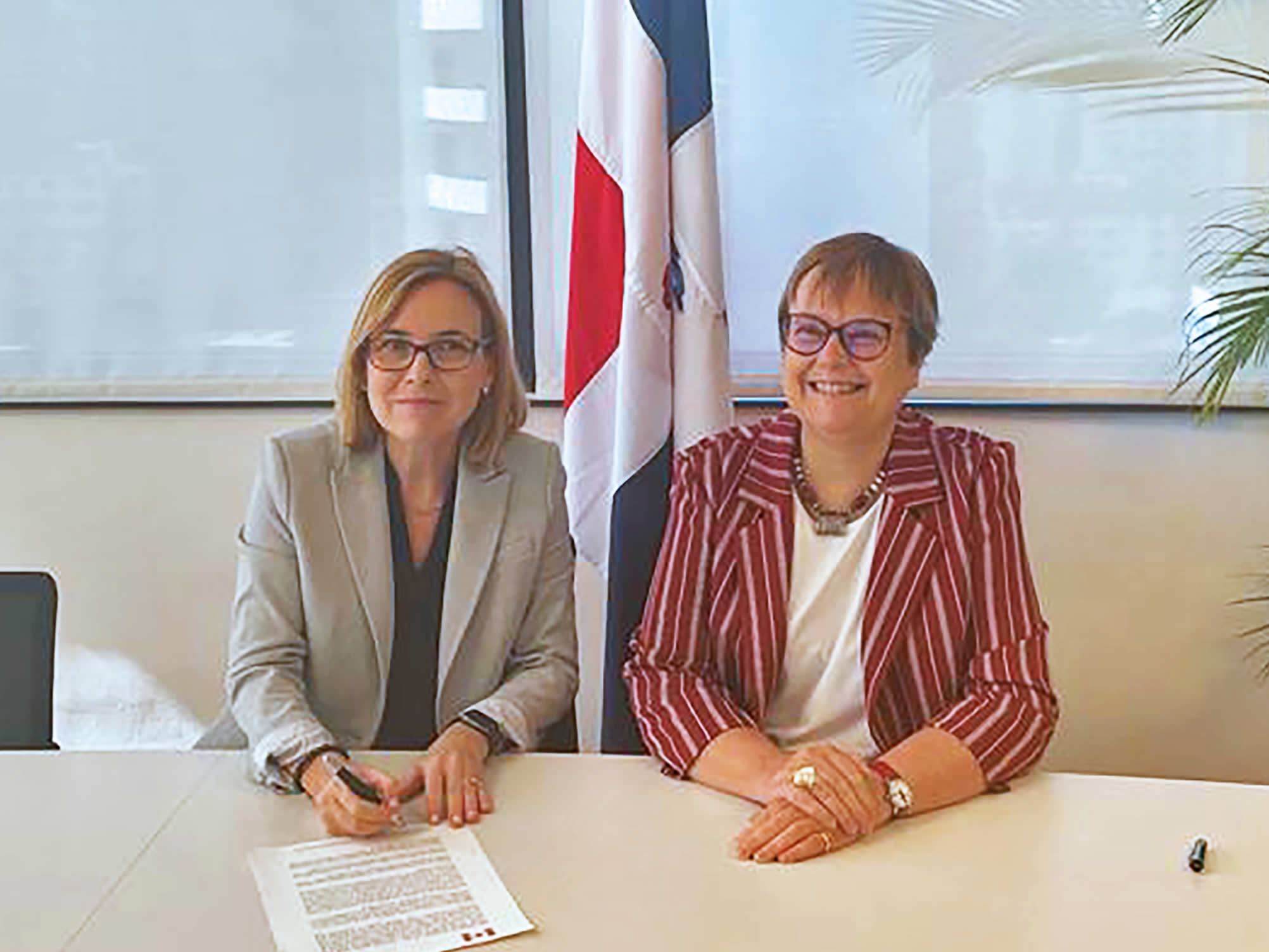 Christine Laberge and Rita Hämmerli-Weschke added that allowing the company to go through the environmental and social assessment would further demonstrate the institutional strength, the climate of legal certainty, and due process that distinguishes the Dominican Republic internationally.

Santo Domingo, Dominican Republic. Mrs. Christine Laberge and Mrs. Rita Hämmerli-Weschke, ambassadors in the Dominican Republic of Canada and Switzerland, respectively, showed their support to the realization of the environmental impact and feasibility studies of the “Romero Mining Project” in charge of the GoldQuest company in the area of Hondo Valle, municipality of San Juan de la Maguana, San Juan province.

The diplomats asked the President of the Republic, Luis Abinader Corona, to grant the corresponding authorizations so that the Ministry of the Environment could initiate the evaluation process of environmental and social feasibility as established by Dominican law.

They assured that the environmental and social impact studies of the “Romero Mining Project” must establish the convenience and conformity of this project and demonstrate its feasibility. The mining company’s initiative is framed within the concept of responsible mining, as evidenced in the technical and economic pre-feasibility study approved by the Ministry of Energy and Mines.

Laberge and Hämmerli-Weschke are optimistic about the significant contributions that the “Romero Project” would bring to the Dominican Republic and especially to the economic and social transformation of the province of San Juan, not only for the substantial financial resources that the company would contribute to the community but also for the direct and indirect employment opportunities it would generate, which are estimated at more than one thousand jobs in the construction phase of the mine and close to three thousand in the operation phase.

During the construction stage of the mine, the company will develop critical social plans and projects to mitigate the environmental impact that currently exists in the areas of the San Juan river basin and the Sabaneta dam, as well as a development and training center to train the operators, mechanics, and electricians who will be employed at the mine.

They added that allowing the company to go through the environmental and social evaluation would be one more sign of the institutional strength of the climate of legal security and due process, which distinguishes the Dominican Republic internationally.

They also stated that GoldQuest is listed on the Toronto Stock Exchange, which implies that it is subject to compliance with numerous standards, including environmental and sustainable development indicators.

The key is to understand the Social Democracies of Norway, Germany, Finland etc. Understand how their markets and their social programs work as those nations have the best quality of life in the world.