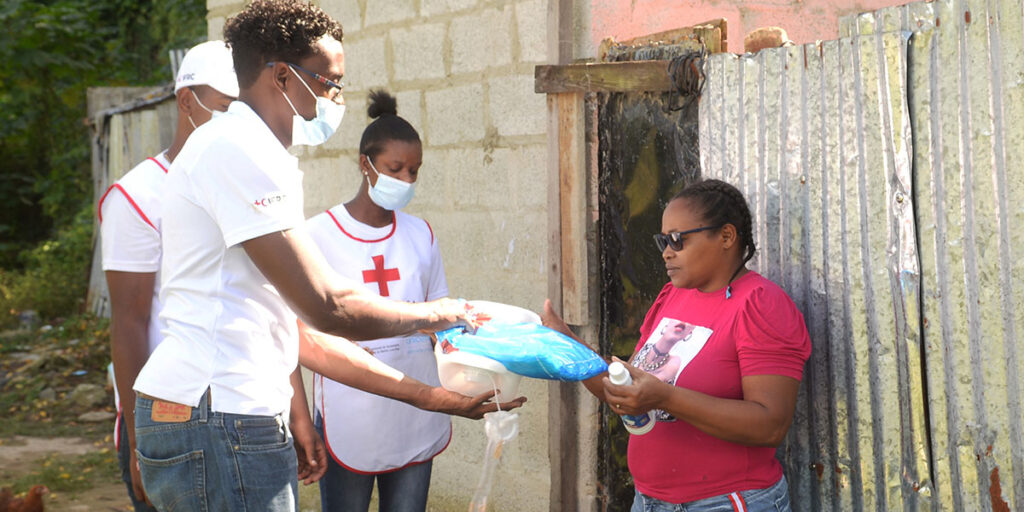 A cholera prevention operation is making door-to-door visits in Santo Domingo’s La Zurza neighborhood when a man staggers out to meet them, visibly weakened after a week of showing symptoms of the disease, as he explains to the group. Public Health personnel, accompanied by Pan American Health Organization (PAHO) members, direct him to one of the tents set up by the Ministry in this sector of the Dominican capital, on the banks of the Isabela River, where the majority of the country’s ten cases of the disease have been confirmed.

Romer Castro expends his last energy to reach the provisional care center, where they begin the standard protocol for a patient with the symptoms: diarrhea, vomiting, stomach pain, and dehydration picture. He has taken too long to arrive for treatment, according to the health personnel of the mobile hospital, who are used to foreign patients who are afraid to go to the doctor, especially if they have irregular immigration status.

After giving him first aid, they transport him to the Moscoso Puello Hospital, accompanied by a relative and one of the doctors in charge of the case, so that the necessary tests can be performed to confirm if it is cholera, as there are other conditions, such as parasitism, that present with similar symptoms.

Don’t buy street food or fruits. Because of their culture, those people have poor hygiene.