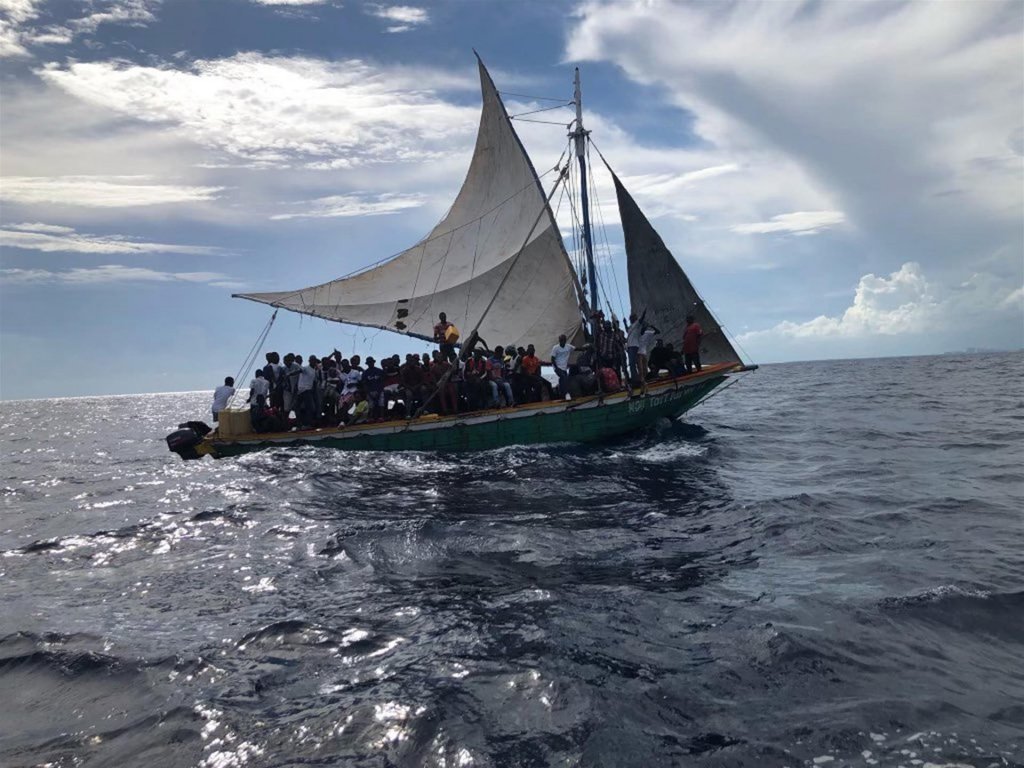 The US Coast Guard reported on Tuesday that it had repatriated 58 Dominican migrants and returned 7 Haitians to the Dominican Republic after intercepting the boat in the Mona Passage, west of Puerto Rico. According to the statement, the heavily overloaded vessel was first spotted by the crew of an HC-144 aircraft and was later apprehended by Coast Guard Patrolman Richard Dixon. Before being loaded onto the patrol boat, the migrants, who were constantly bailing water from the boat, were given life jackets. On Monday, the coast guard transported the group to Dominican Republic territorial waters off Punta Cana, where the repatriation was completed.

Lieutenant Nicholas Rogers, commander of the Coast Guard, said in the note that the intervention saved “65 lives from a possible tragic outcome” while warning that this trip is “extremely dangerous”. The Coast Guard rescued 55 mostly Haitian migrants who had been abandoned by smugglers on the uninhabited island of Monito, west of Puerto Rico, last Thursday. The Coast Guard intercepted 14 illegal voyages in waters near Puerto Rico, primarily in the Mona Passage, which connects the island to the Dominican Republic, between October 1 and December 31, 2022.

According to Coast Guard data, 419 migrants participated in these operations, including 327 Dominicans and 91 Haitians.

Is there a punishment for trying and succeeding at leaving the country illegally? i feel like there should be one but i can’t find anything about it.

Anyway, that’d be a good way of discouraging these practices.

biggest punishment is they are out of lots money…

The ‘crime’ is not leaving the country. Anyone can do that legally (preferably with a passport). The ‘crime’ is illegally entering someone else’s country. As far as I know, only communist countries call it a crime to leave the country. Turning a country into a prison where no one can leave without government authorization is NOT the answer to the problem.

These fools are spending lots of money leaving the country illegally as if they were escaping from a war zone, a humanitarian crisis or a food shortage. Embarrassing.