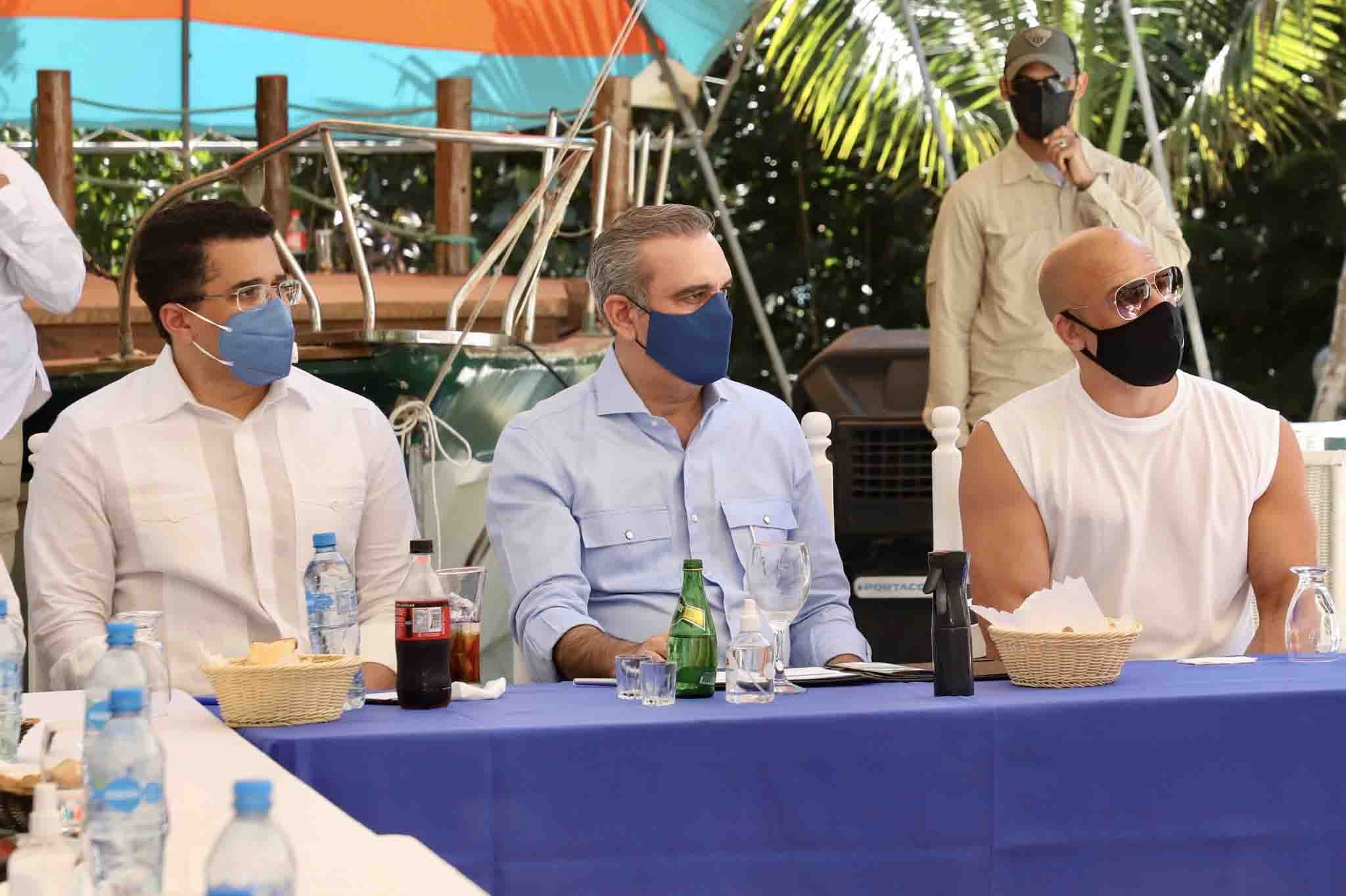 Luis Abiander, president of the Dominican Republic; the Minister of Tourism, David Collado; and Fast and Furious actor Vin Disel. 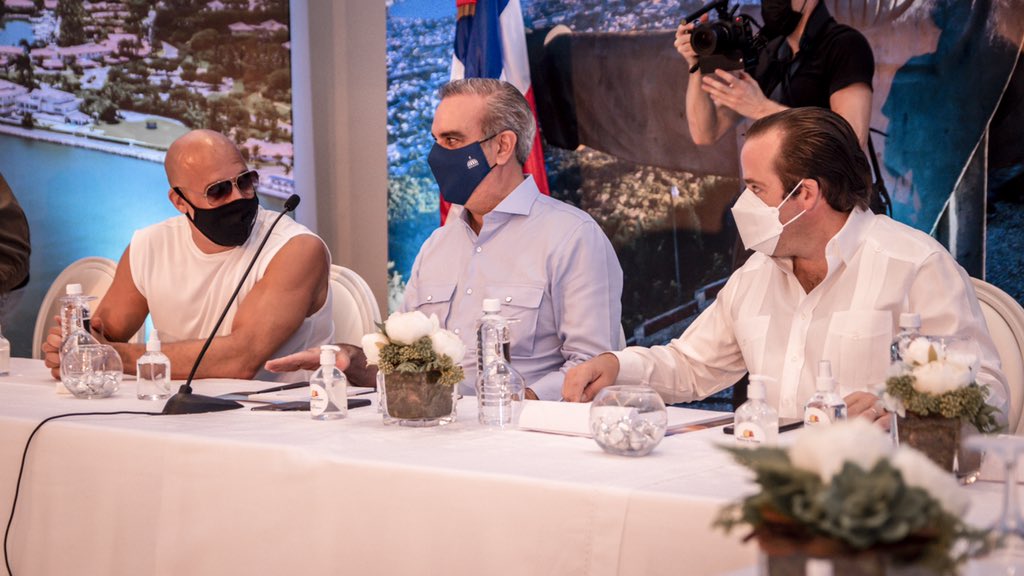 President Luis Abinader and important officials with actor Vin Diesel in the tourist resort of Puerto Plata and the interpreter’s casual dress of the character Dominic Toretto from the Fast and Furious movie saga have caused a great stir in social networks.

The furor is such that the actor is one of the main trends on the social network Twitter.

Political scientist Belarmino Ramírez sees it as positive that the actor is interested in the Dominican Republic’s tourism development. However, user Carlos Ciriaco felt that Diesel should be dressed more formally to sit next to the president.

Diesel wore a sleeveless T-shirt, while Abinader and the other officials wore chacabanas, also known as guayaberas.

The actor, who has always had close ties to the country, frequently visits the half-island nation and has filmed scenes for the third installment of Fast and Furious.

Mark Sinclair Vincent, the director’s given name, was talking about future tourism projects with the President and the Minister of Tourism, David Collado, and was present at the announcement of the re-launching of the “Bride of the Atlantic” as one of the main tourist centers of the Dominican Republic.

Diesel has also been in the nation in film festivals, such as the one organized every year by the Global Foundation for Democracy and Development, presided by former President Leonel Fernandez. These visits were made with Fernandez both in and out of power.