Las Malvinas II, a poor town threatened by covid-19 and malaria in the Dominican Republic 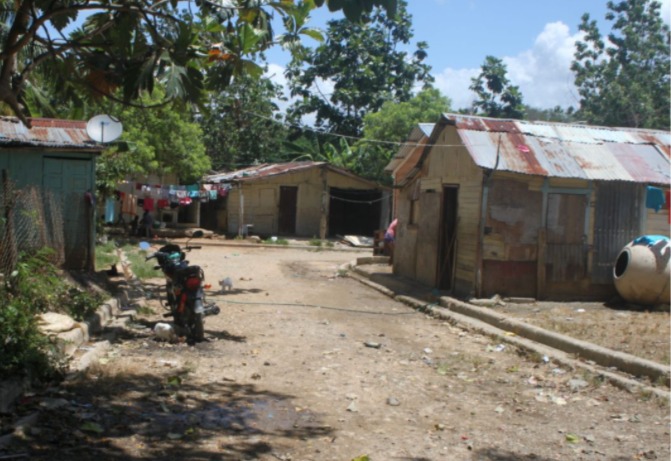 Tour of the different neighborhood of Villa Mella, where we could observe, that they do not meet the distance established by the authorities, in Las Marbina 2 neighborhood in photo; Ana Suazo, neighbor board president, TODAY Duany Nuñez 4-6-2020

The inhabitants of Las Malvinas II, a low-income sector belonging to Villa Mella, Santo Domingo Norte, call on the health authorities to carry out massive tests of covid-19 after five cases have been confirmed and one had been suspected, an emergency that adds to dengue and malaria threats in this town near the Isabela River.

Although some needs such as drinking water, electricity and street paving are partially resolved, the coronavirus represents a health risk for its impoverished inhabitants since many live in hovels and do not usually use masks within the sector, in addition to the fact that there are people suffering from hypertension and diabetes, including children.

A month ago, the first case of covid-19 was reported, which, along with four others later infected, completed home isolation and have already been negative in screening tests, the last one did so last week. However, there is still fear among community members that the coronavirus persists locally.

“We are urged that they come to do the tests in Las Malvinas II because in the first case there was much confusion over whether the patient had it or not and in the end he was positive and lived with his wife and a child, who had to be quarantined,” says the president of the Board of Neighbors, Ana Sobeida Familia.

This community leader regrets that in the intervention made by the Ministry of Public Health three weeks ago in many sectors of Greater Santo Domingo, including Villa Mella, Las Malvinas II was not taken into account.

Regarding malaria and dengue, although they are prevalent diseases in this area, during the entire state of emergency due to covid-19, only one case of malaria and none of dengue have been reported. Familia stresses that the diligence of the authorities is excellent when it comes to these two mosquito-borne diseases.

Likewise, the president of the Board of Neighbors appreciates that the Stay at Home program has benefited most of the residents of the sector during the more than two months that containment measures have lasted to stop the spread of the coronavirus.

Much of the 1,300 homes in Las Malvinas II, especially those closest to the Isabela River, do not appear to meet the conditions to house a covid-19 patient because their limited space barely allows people to walk through them.

Gregoria Sepúlveda Martínez, a 66-year-old woman who lost leg mobility in 2003 due to a virus, lives in one of these houses with three children who were orphaned by father and mother.