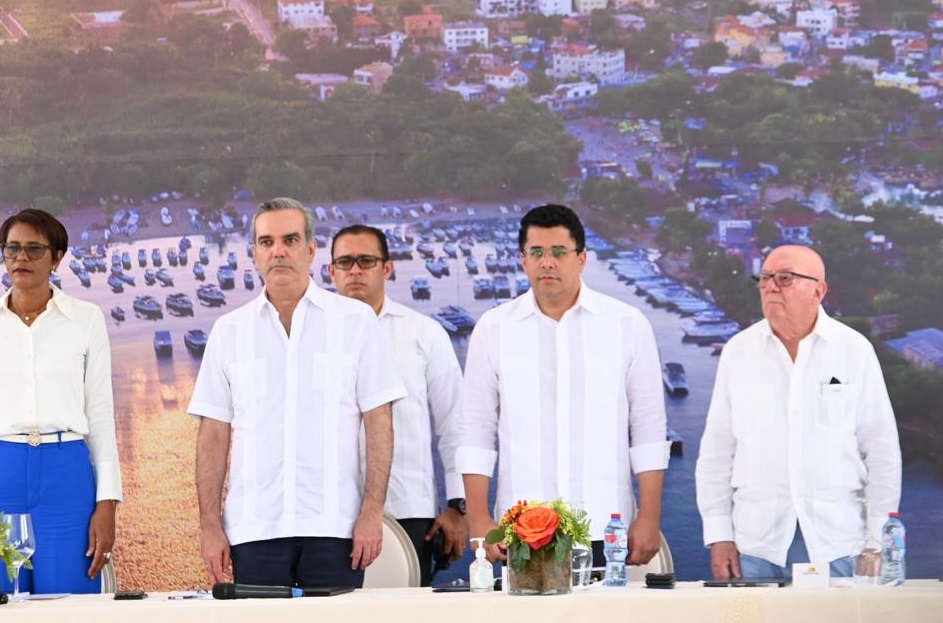 President Luis Abinader announced this Monday the construction of 500 new rooms in Bayahibe while starting the works of the territorial reorganization plan of the tourist destination of the East region.

The information was offered in the framework of an agreement signed between eleven public and private institutions in a ceremony headed by the President and the Minister of Tourism, David Collado.

“With the signature of this historic agreement, a before and an after of tourism here in Bayahibe is marked. We could well define it as an unstoppable take-off of this paradisiacal destination,” said the minister.

By means of the agreement, each entity assumes the commitment of concrete actions to execute in the immediate future, tending to strengthen Bayahíbe as a destination with the construction of more rooms, works of infrastructure, and safety.

Besides, the Ministry of Tourism (Mitur

Also, through its Executing Committee of Infrastructures of Tourist Zones (Ceiztur), it will enlarge the park of the entrance, located in front of the offices of the Town hall.

Also, it will intervene in the zone of the current parking of buses, park with water eyes, up to the end of the viewpoint, including the forest flower of Bayahíbe and sign of Bayahíbe.

The Mitur will initiate, in addition, the construction of the new parking lot and the extension of the bus parking lot on lands that Central Romana Corporation LTD will donate.

The agreement, signed in the presence of President Abinader, was subscribed, besides the Mitur, by the Ministry of the Environment, the National Institute of Transit and Land Transport (Intrant), the Navy of the Dominican Republic, and the Dominican Port Authority.

It was also signed by the City Council of the Municipality of Bayahibe, the Tourist Police (Politur), the National Police, and the National Direction of Drug Control (DNCD).

I hope they don’t spoil Bayahibe, which us my favourite place on the south coast. I particularly like the “Park with Water Eyes” whatever that is!

Creating more demands on the region’s infrastructure. Are these rooms really needed? Spoiler alert, the day will arrive where you will not be able to move about freely in the narrow streets of Bayahibe because of heavy traffic and tourist congestion. The access road to the pueblo from the coral highway will have to be widened.

Abinader meets today with the vice president of the United States