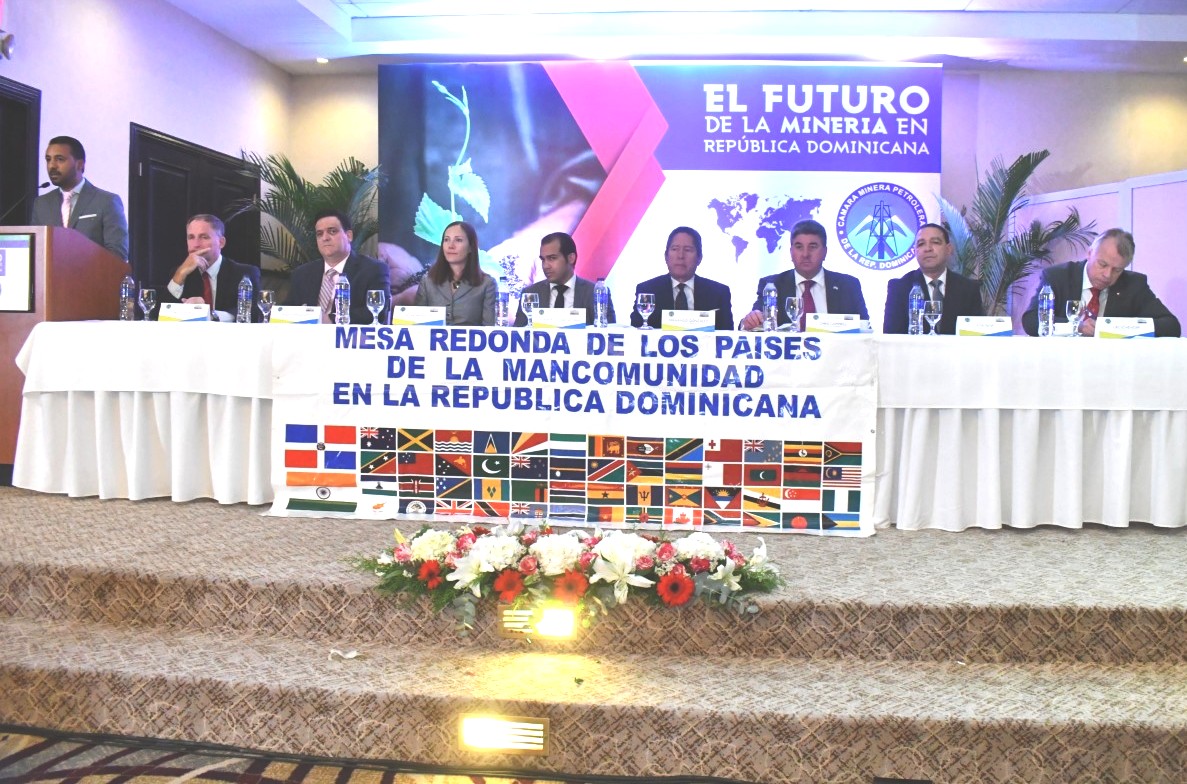 Santo Domingo.- The president of the Roundtable of Commonwealth Countries in the Dominican Republic on Tues. urged stronger legal guarantees for foreign investment in the mining sector, to bolster the country’s competitiveness as an investment destination.

Fernando González Nicolás, who inaugurated the seminar “The future of mining in the Dominican Republic,” said the Commonwealth countries, “are the main investors in the mining sector in our country, have been attracted by favorable conditions traditionally offered by the nation for the establishment of foreign companies seeking new business opportunities, and that impacted the economic growth experienced in recent decades.”

“For us, foreign investment is not only a source of wealth, but also of transfer of technology and knowledge, as well as economic and social development, so it remains for all of us to continue to encourage and protect it,” he said.

Dominican Republic Mining and Petroleum Chamber (Camipe), president José Sena, stressed the mining industry’s positive impact not only on the national economy, but also on the quality of life of communities, “beyond the fiscal or financial contributions generated by the sector.”

“Mining operations, in addition to generating over 11,000 jobs and contributions to the treasury for around US$1.4 billion, produces a significant economic contribution along a value chain that includes suppliers in areas such as telecommunications, energy, security, electronic technology and environmental mitigation,” Sema said.

He noted additional income from the consumption of food, uniforms, cleaning supplies, office supplies, services transportation and stationery, “in line with a responsible mining with the environment and with the community environment, in accordance with the highest international standards that govern the sector at present.”

The president of Camipe stressed that “the role of mining in the progress of nations, through its use in the development of fundamental goods for the development of countries, such as medical equipment, infrastructures, buildings, space satellites, communication devices and electronic “We could ensure that without mining there is no technological development, and therefore there is no development.”

Sena called on the Govt. to protect the social and economic benefits generated from mining, through the implementation of greater efforts to create adequate and better conditions to guarantee existing mining operations and encourage new investments in the sector.

“Due to the technical and specialized nature of the mining sector, its operation cycle is very long term, which implies that a mining company can take years, even more than a decade, before identifying productive deposits. This is why, in view of the definition of an adequate regulatory framework, it is necessary to take into account these technical aspects that are characteristic and decisive for the sustainability of extractive projects,” the business  leader aid.

Sena and González agreed on the need to guarantee regulatory stability, transparency and security of the investments to develop the industry and to instill confidence in new foreign investors on the return on their investments, guaranteed by a state of law well defined and respectful of the pre-established rules.

“Our entity sees with concern how the Dominican Republic becomes less attractive for investors in the mining sector, which is reflected in the recent rankings of competitiveness of the industry, and this reality could be accentuated by a sudden and inconvenient change in the regulatory framework, since this would hinder the ideal development of the mining cycle, impacting it negatively, ” said the head of Camipe.

“The Dominican Republic is called to take as a reference the legislative changes in other countries where the value of mining and its social benefits are really understood, in order to safeguard the sector and promote more investments, which have generated positive results in the industry and in the economic development of those countries,” Sena told participants in the seminar also attended by Canadian envoy Shauna Hemingway and British ambassador Chris Campbell.

The statements from Sena and Gonzalez come amid the announcement Tues. by PanTerra Gold, which “has put its Dominican Republic gold processing plant up for sale after failing to win support from the local government for its future plans.”

Outlet stockhead.com.au reports that PanTerra’s share price fell back to its 52-week low of 3.5c on Tuesday morning.

“PanTerra had been planning to continue operating the Las Lagunas process plant using imported concentrate after the current tailings retreatment project comes to an end in mid-2019,” the outlet reports.

“The company has been frustrated by the lack of enthusiasm or engagement by the government on the proposal for the past two years, and has decided that, unless there is a marked change in demonstrated support for the proposal in the near term, the concept will be abandoned,” PanTerra told investors.