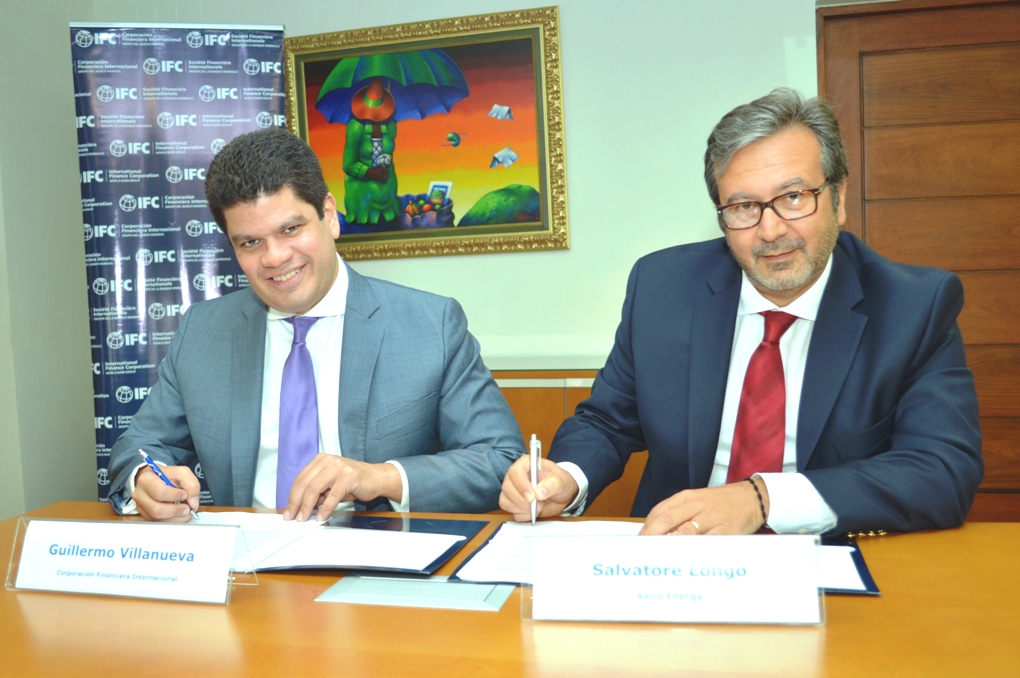 Santo Domingo, Dominican Republic – January 16, 2018 — IFC, a member of the World Bank Group, with support from the Government of Canada, has completed an $80 million financing package for the construction and operation of a new, grid-connected, 50 megawatt wind farm to help diversify the Dominican Republic’s energy matrix and ease its dependence on imported fossil fuels.

Parques Eólicos del Caribe (Pecasa) will be one of the Dominican Republic’s largest wind farms and is expected to reduce greenhouse gases by about 91,000 tons CO2 equivalent per year, which is roughly comparable to taking 20,000 cars off the road.

“As a country that is particularly sensitive to climate change, the Dominican Republic has both a proactive policy to diversify its energy mix and implement more sustainable economic development, and very abundant resources in terms of renewable energy. Established in the region for many years now, in 2016 we thus decided to open a regional office there to act as a bridgehead for our buoyant growth strategy in the Caribbean. The Pecasa funding ratified today launches this growth cycle, and we are very proud to already have the IFC by our side to support our expansion”, says Eric Scotto, CEO and co-founder of Akuo Energy.

Fuel imports account for almost 80 percent of the Dominican Republic’s energy needs. This dependence has led to high electricity prices, which create a burden on the economy. Like many of its Caribbean neighbors, the Dominican Republic is vulnerable to the environmental impacts associated with fossil fuels and climate change, such as rising sea levels, coral bleaching and changes in the frequency of tropical storms. It has set an ambitious target to cut greenhouse gas emissions by 25 percent by 2030.

“Pecasa supports the Dominican Republic’s goals for ramping up renewable energy with a new, low-carbon power source,” said Luc Grillet, IFC Senior Manager for Central America and the Caribbean. “The project will help the country’s competitiveness and reduce greenhouse gases. IFC looks forward to continuing to support investments in the country’s power sector in line with ongoing progress on the National Pact for the Reform of the Power Sector.”

Over the past 25 years, the Dominican Republic has seen some of the strongest economic growth in Latin America and the Caribbean. Investments in the country’s energy sector are crucial to its sustained growth, and to improving Dominicans’ standard of living. On average, energy demand has grown by 3.6 percent over the last five years.

Located on the country’s northern coast, about 260 kilometers from Santo Domingo, Pecasa has a total project cost of $125 million and is expected to become operational in the first half of 2019. IFC arranged a financing package which includes $18.5 million for IFC’s own account, $18 million from the Dutch Development Bank (FMO), $17 million from the IFC-Canada Climate Change Program (a partnership between the Government of Canada and IFC), $15 from million Proparco, the French development finance institution, and $11.5 million from the German Investment Corporation (DEG).

Pecasa’s construction will be made possible thanks to the government of Canada’s instrumental contribution, which helped make the financing package viable.

“At COP23, Canada and the UK launched the Powering Past Coal Alliance for the phase down of coal-fired electricity. Using clean, renewable energy is key to tackling climate change and creating good, middle-class jobs. And the Government of Canada is proud to support this private-sector led initiative which is helping the Dominican Republic reduce its reliance on fossil fuels by adding wind power as an energy source,” said the Honourable Catherine McKenna, Canada’s Minister of Environment and Climate Change.

Pecasa will sell all its energy output to the government-owned power company, Corporación Dominicana de Empresas Eléctricas Estatales (CDEEE), through a dollar-denominated power purchase agreement for a 20-year term.

This IFC investment complements a $358 million program of the World Bank and a group of development partners aimed at improving the Dominican Republic’s power grid by reducing energy losses and increasing revenue collections.

Addressing the challenge of climate change is a strategic priority for IFC. Since 2005, IFC has invested $18.3 billion of its own funds and mobilized an additional $11 billion from other investors to finance climate-smart projects across the globe. This includes investments in the Dominican energy sector related to the distribution of liquefied natural gas, and the construction of wind farms and power lines.