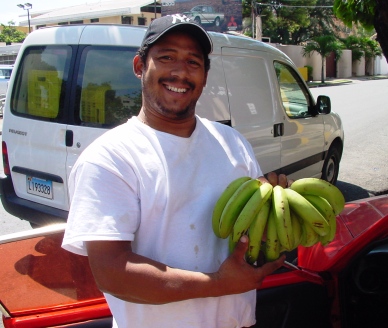 Santo Domingo.- Dominican Republic-United Kingdom trade topped US$121.0 million in the first half, a 2.22% decline compared to the same period last year.

From January to June 2017, trade had reached US$122.7 million, according to the third Microeconomic Vision Bilateral Trade Bulletin Dominican Republic-United Kingdom, corresponding to January-June 2018.

This publication on Dominican Republic-United Kingdom trade is the result of an agreement between the Universidad Pontificia (PUCMM) and the British Dominican Republic Chamber of Commerce (Britcham), through the Center for Economic and Social Studies (CEPA).

Meanwhile, exports of Dominican products to the British market climbed 0.53%, whereas imports fell 75%.

According to the study, the products with the greatest export potential from the Dominican Republic to the United Kingdom are bananas and plantains.

The products with the greatest export potential from the United Kingdom to the Dominican Republic are: whiskey, motor vehicles and medicines.