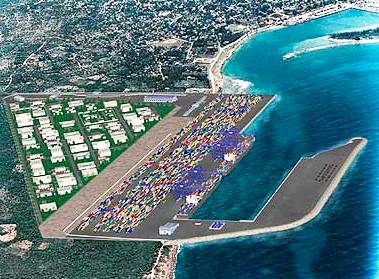 Santo Domingo.- The Customs Directorate (DGA), coordinator of the One-stop Foreign Trade Window (VUCE) and Caucedo Multimodal Port operator DP World Caucedo, on Wed. inaugurated the first mobile VUCE center, which aims to expedite approval times for permits and clearance that depend on other government agencies.

The measure was implemented after a study carried out by the VUCE Customs Management, which showed that the reduction in time generated by the electronic procedure through the One-stop Window was not significant in Caucedo.

Customs director Enrique A. Ramírez said that for that reason they identified the solution at a location closer to the area of merchandise verification for the agents of the other govt. agencies involved in the process. ”Previously these agents were housed in the Customs Administration in that port.”