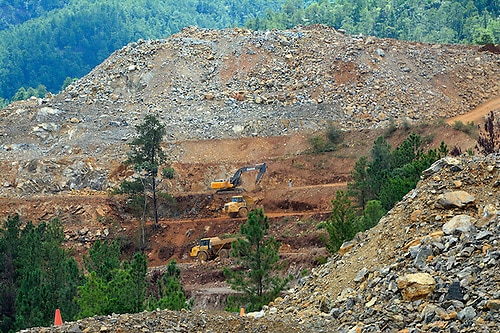 The approach was made by the sector consultant in the virtual activity Un café con Multivalores, trading post, with the coordination of its general manager Erick Jerez.

When breaking down the projected investments, he explained that there are 1.3 billion dollars from Barrick Pueblo Viejo in gold, silver, and copper; Falcodo for an amount of 190 million dollars in iron and nickel; and Cerro Maimón for a billion in copper and zinc.

He said that in the first quarter of this year alone, and in the midst of the crisis caused by the coronavirus, mining generated 194 million dollars when all the sectors that produce foreign exchange were closed.

As explained, of the two large mining companies that are currently operating in the country, the State is obtaining around 50% of the benefits, so it called for the mining cycle to be understood and for the ministries to become investment facilitators instead of blocking them.

He gave as an example the case of Gold Quest, which after 15 years of investment in exploration with an investment of $ 50 million, suddenly created a protected area where the deposits were discovered.

He suggested strengthening the Ministry of Energy and Mines in competitive policies that attract investment and pointed out the importance of the approval of the Land Planning Law to be clear about what type of economic activity can work in each place.

He indicated that, due to the confidence in the DR, the so-called junior mining companies, which are nourished by funds from the stock market, have invested nearly 70 million dollars in search of precious metals in San Juan, Dajabón and Santiago Rodríguez in the last 10 years.

In Sena’s opinion, the technologies and the sense of environmental responsibility of mining in these times make the projects viable. However, he understands that clear public policies are required to clear uncertainties and foster stability for investments.

He valued as a fact of high importance that the Dominican Republic has been admitted to the Extractive Industry Transparency Initiative (EITI) because it contributes to the efficient use of resources from mining activity that reaches the State.