This year the sale of chicken meat for Christmas Eve increased 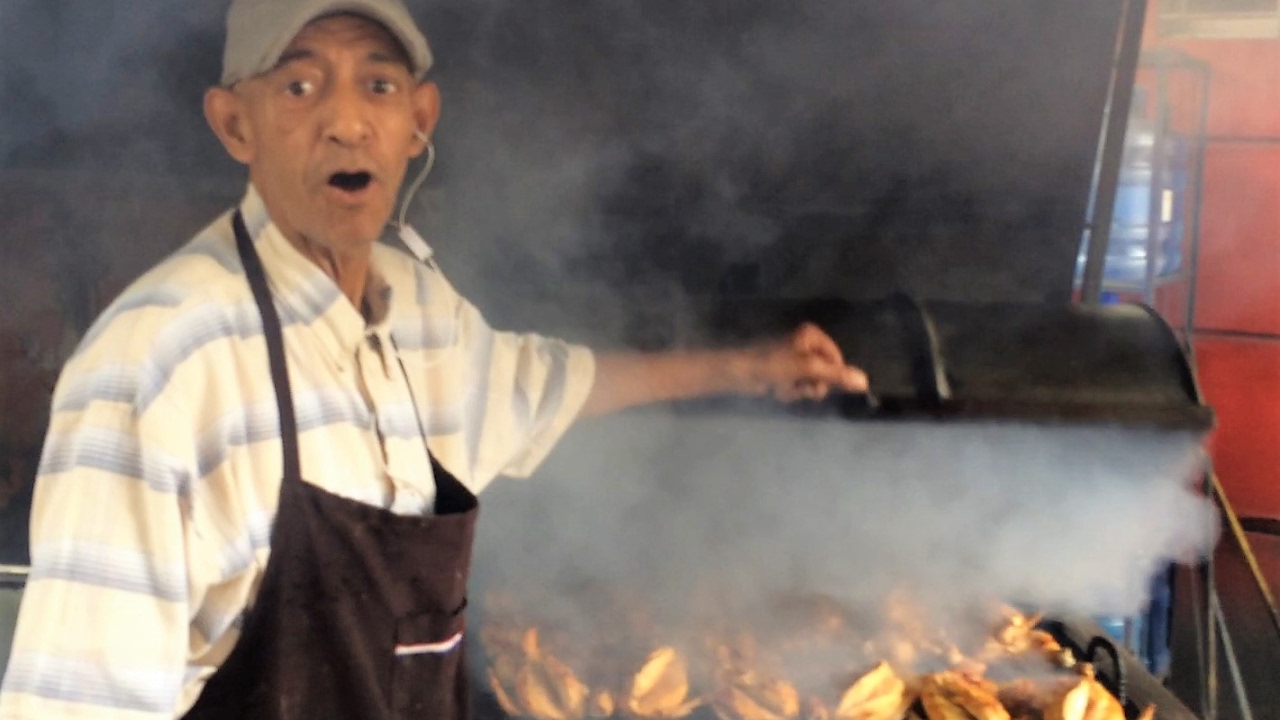 A pound of pork from small vendors was offered for between RD$270 and RD$300 and a whole chicken for between RD$350 and RD$400. (FREE NEWSPAPER/MASSIEL BECO)

Baked chicken meat, a food that is never missing from the menu of the Christmas and New Year festivities, hours before Christmas Eve had a greater demand in businesses in this municipality, compared to last year, although its price was higher.

In a tour made by Diario Libre the afternoon and evening of this Thursday, sellers and buyers expressed that in this December characterized by the COVID-19 pandemic, a whole chicken was sold between RD $ 350 and RD $ 400 (USD $6-$7), which raised the family budget destined for Christmas Eve dinner.

A similar situation was observed with the sale of baked pork, although in this period fewer sellers of this product were observed in puya, in the streets, and commercial streets of Santo Domingo Este. A pound of pork from vendors was offered between RD $ 270 and RD $ 300 (USD $4.65-$5.17).

Consulted in the afternoon, Juan Luis Paulino, administrator of the “La Braza” barbecue, located on the Mella highway, near kilometer nine, said that despite the effects of the COVID-19 pandemic, the sale of baked chicken was good compared to previous years. He considers that although the situation “is as it is,” people went out to look for their chicken.

However, he affirmed that chicken is “extremely expensive” and pork too; but that they were surviving which was the most important thing.

On the tricks to selling a lot at Christmas time and the rest of the year, he indicated that his policy is to make the customer feel good.

“There are clients who come with ten or fifteen pesos less, apart from the good seasoning, one is always aware that way. His twenty-five and fifty pesos are always lowered because the intention is that they also eat,” he expressed with some satisfaction.

In more flattering terms, Pedro Pereyra, owner of the “Carbón y Sabor” business, spoke when he proclaimed that sales were three hundred times better than last year, although we are going through a pandemic.

“We have had a greater flow of customers than last year,” he said.

However, Pereyra attributed the increase in sales to the fact that people knew they had to “lock-up early” because of the curfew and decided to have their parties and activities in their homes, and that is the reason for the flow of people and sales.

The rise of the chicken

The owner of “Carbón y Sabor” assured that with chicken prices there are problems because the manufacture of this meat was raised 80% more expensive and pork 80% or 90% more.

Despite this, he argued that they should sell it at the same price because people cannot bear higher costs.

In this business, the whole baked chicken is sold at RD $ 350, although they are purchased at RD $ 250 per unit, he says.

“When you do a manufacturing of cleaning, seasoning, cooking, packaging, delivery, you have thirty, forty or fifty pesos per chicken in profit;” he lamented.

The cry of buyers

Ana Hernández, a resident of the Los Mina sector, stated that although she was making “normal” preparations for Christmas Eve dinner, she found that the price of the whole chicken was very expensive, with a minimum price of RD $ 350.

“To that is added the salad, the rice, I walked and here I found the chicken cheaper,” he said.

The lady said that at the dinner for seven members of her family the expenses were many, but they felt less because each one contributed something.

Meanwhile, Sandy Zabala, from Sabana Perdida, who only needed chicken and some “ribs” for the family dinner, which she was taking from a business at that time, indicated that she already had salad, rice, and as usual.”

On the prevention measures to avoid the spread of COVID-19, she said that the five members of her family will share dinner with several guests, with masks, gel, and disinfectants for shoes at the front door of the house.

“Look boss, without lying to you, for dinner, they have already spent more than ten thousand pesos and the sweets are still missing,” he alleged when asked about the cost of the dinner.

Meanwhile, around seven o’clock at night, after being dispatched to another outlet, Carmen Bautista, from the Mendoza sector, raised her cry for the high prices, because on a whole chicken and a pound of pork she had spent a few too many pesos at RD $ 600.

“Luckily the whole family won’t be there; I came to complete what was missing from dinner, the meat is more expensive this year,” she said a bit angrily.