Gov. says not to worry; chickens are coming 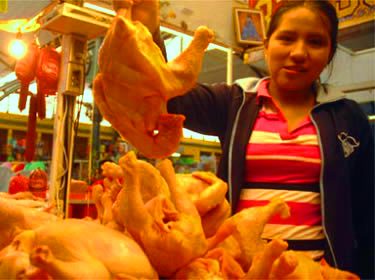 Santo Domingo.- The Dominican Government is accelerating the production of chicken meat to supply the population and avoid speculation on its price.

The Minister of Agriculture, Limber Cruz, said that production went from 18 million birds consumed to 19.3 per month.

Interviewed by Huchi Lora on El Día program, Cruz said that an imported cargo is arriving in the country to inject it into the market and maintain price stability.

“Containers of chicken are arriving. The population need not despair, because chicken is entering and they do not have to be alarmed, there will already be a supply in the Dominican Republic.”