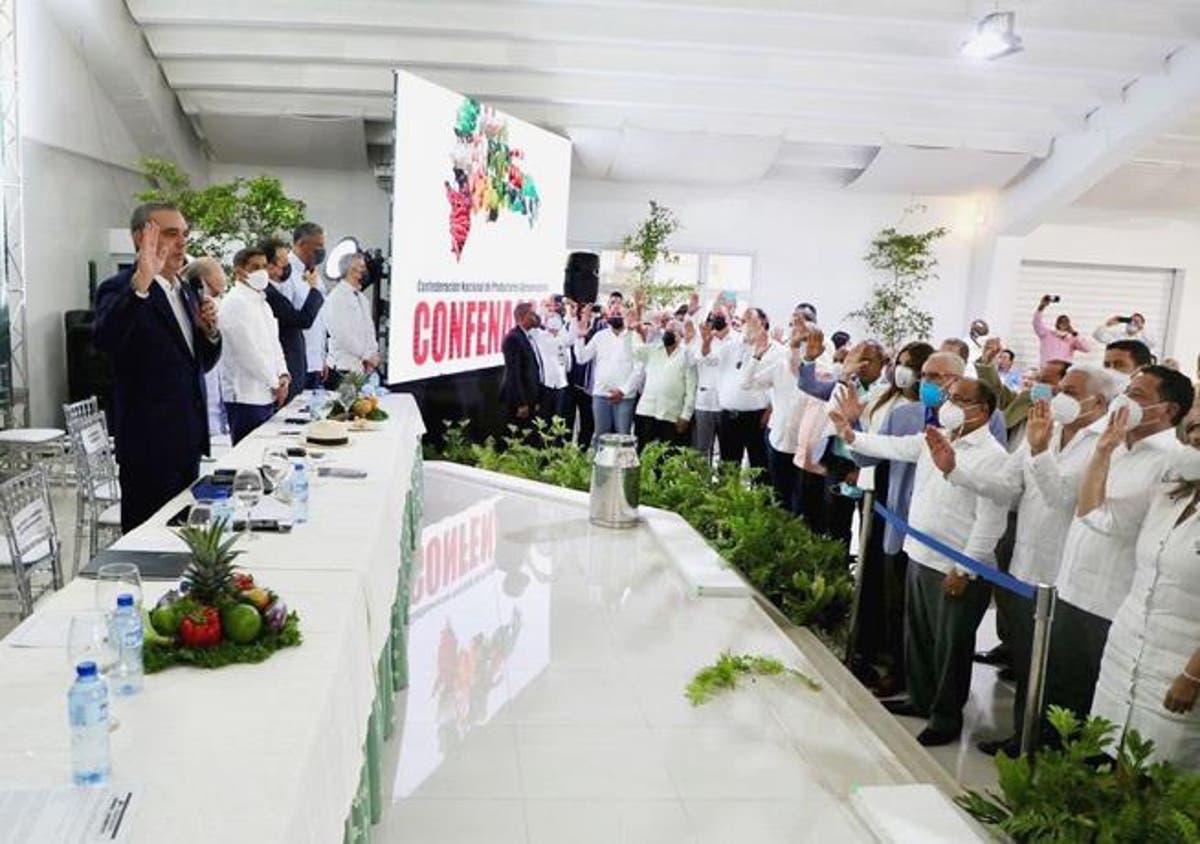 President Luis Abinader said that the Government remains focused on maintaining “affordable” prices for the population of mass consumption products that make up the basic food basket.

Abinader said that the pandemic and the crisis it has generated have impacted the prices of the products of the family basket but that weekly the different entities and commissions meet to define which products are in inflation and which fees must be “watched.”

“It is no longer time for theories, it is time to apply what we have promised ourselves,” exclaimed the head of state.

The meat will be exported to the US.
President Luis Abinader and the main executives of the National Confederation of Agricultural Producers (Confenagro) agreed that agricultural production “helped” the country to overcome the crisis generated by the impact of the coronavirus (Covid-19).

In addition, it was reported that U.S. inspectors would come to audit products and achieve for the first time “in years” to export beef to the United States in the coming days.

The president swore in the new board of directors and named himself a member of Confenagro, considering him an ally of the producers. Wilfredo Cabrera was chosen as the new president of Confenagro, replacing Erick Rivero, who remains as vice-president in the executive board.

During the celebration of Confenagro’s annual assembly, which Abinader attended, the phrase “without production there is no nation” was mentioned several times.

The first mention was made by the outgoing president of the Confederation, Erick Rivero, in his farewell speech while praising the work of the producers during his administration.

Agricultural production
“In these difficult times like the ones you have had to govern, even before the elections, with the pandemic and other situations within our sector, such as the recent declaration of the African Swine Fever, from which we will also come out successful, we can only add that thank God we are in your hands, and in your hands is that our confederation of agricultural producers and its people come out strengthened today and continue to be an instrument of collaboration, planning and commitment to the development of the country. …without production there is no nation”, said Rivero during his speech.

Assembly
President Abinader participated in the Annual Assembly of Confenagro in the Ciudad Ganadera, where he was recognized as a distinguished member and great ally of national production.
Support

Abinader, upon swearing in the new Confenagro board of directors, said that it is no longer time for theory but rather to apply and fulfill what has been promised and that he will continue to support the agricultural sector to guarantee access to basic products for the population.
Plan
The Government’s Agricultural Cabinet will meet with Abinader at the National Palace to elaborate an alternative plan to pig raising for the affected pig farmers.

Another mention was made by President Abinader when he highlighted the work of farmers in the face of the impact of the pandemic. “I support the idea that without production there is no nation, without that the country would not have withstood the onslaught of the pandemic,” added the president.

After the meeting, the former President of the Republic, Hipólito Mejía, once again defended the consumption of pork. However, after being approached by members of the press about the population’s resistance to eat pork, Mejia stressed that it is necessary to be aware of the technology and not be afraid to eat this product, which in his particular case, he has not stopped tasting.

“Let them not eat it and fuck them, I eat it and I’m the father of the other time, and I’m throwing it up again. That has absolutely nothing to do with it. It is the same as those who do not want to be vaccinated”, said the former president upon leaving the swearing-in of the new board of Confenagro, in the Auction Pavilion, at the cattle fair.

He also urged the citizens to consume this meat while reminding them that the African Swine Fever (ASF) only and exclusively affects this animal. “I’m going to eat chicharrón right now,” exclaimed Mejía.

On July 28 of this year, the United States Department of Agriculture (USDA) Foreign Animal Disease Diagnostic Laboratory had confirmed African Swine Fever (ASF) in samples collected from pigs in the Dominican Republic through an existing cooperative surveillance program.

The Government is working with international technicians to control the disease and has reiterated that pork consumption does not affect humans.