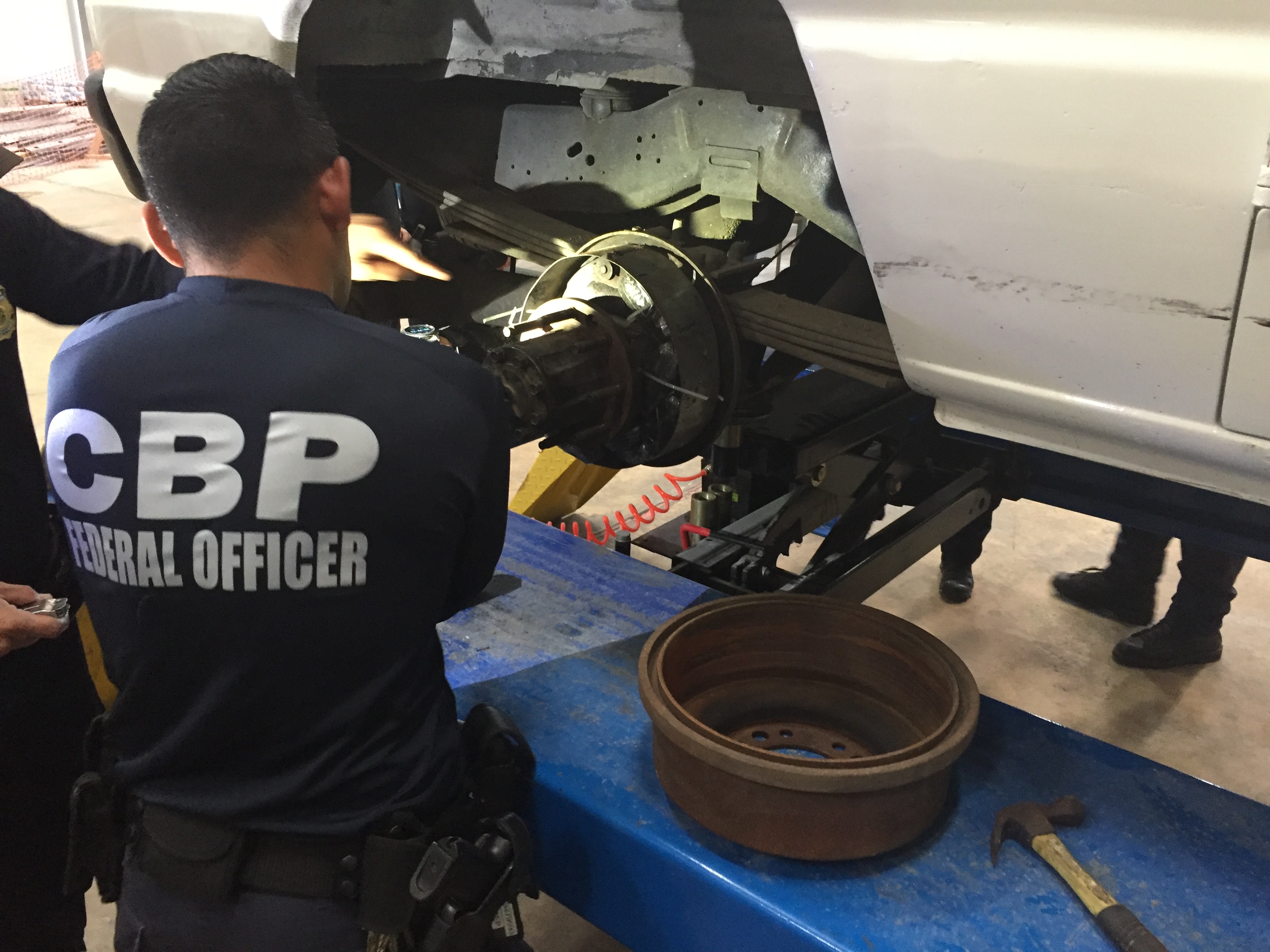 SAN JUAN, Puerto Rico – U.S. Customs and Border Protection (CBP) Officers seized 6 pounds (2.7 kilos) of heroin Monday concealed inside the rear brake drums of a van at the Pan American dock. The estimated value of the seized contraband is $162,000.

“The means to conceal and smuggle narcotics are very creative,” stated Edwin Cruz, San Juan Area Port Director. “Nonetheless, our officers are steadfast in detecting and seizing these drugs.”

On July 15, during the inspection of arriving vehicles from the San Juan-Santo Domingo ferry, a CBP K9 alerted to the rear wheels of a Ford van.

After an intensive inspection of the wheels, the CBP Officers opened the brake drums and found 17 individual packets, which tested positive to the properties of heroin.