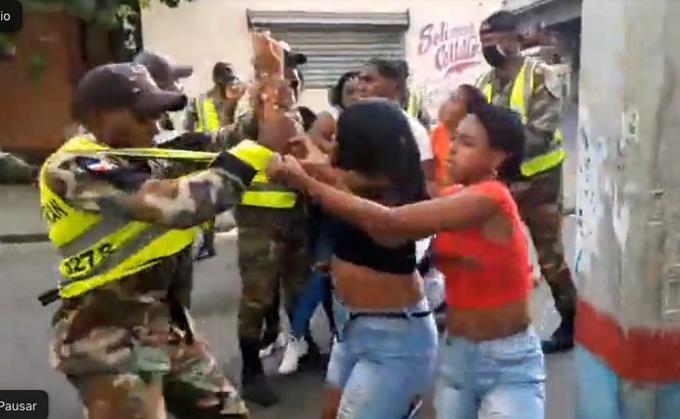 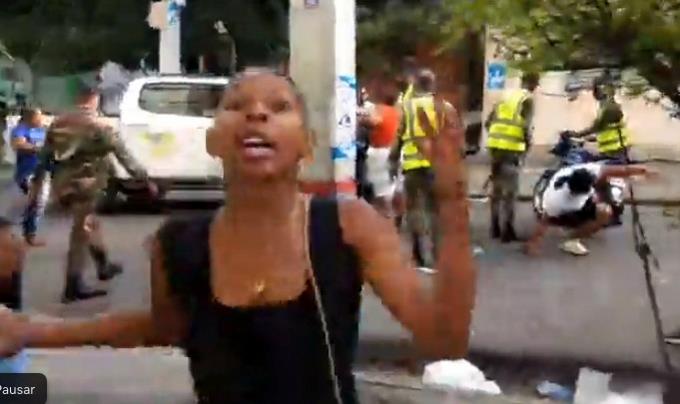 Inhabitants of the Borojol neighborhood of the National District launched bottles and stones against members of the National Police yesterday afternoon as they entered that community to impose order, due to the number of people who were on the streets, drinking and having fun, in violation of the curfew. They literally waited for the Calm City units and as soon as they entered, youth and adults who were enjoying themselves on the sidewalks and roads without masks, attacked the agents, who responded by firing rubber bullets to defend themselves.

It all started when a man and a woman who were riding on a motorcycle got into the opposite lane of the road on which the police units were passing and collided with them, causing the motorcade, trucks and mobile headquarters to stop for several minutes.

When the officers stopped to help them, dozens of people arrived and began to attack the policemen with bottles, while they avoided being beaten.

At that time, the LISTÍN DIARIO photojournalist, Glauco Moquete, was transmitting live the incidents of the curfew arranged to prevent infections by the new coronavirus outbreak and a young woman came up behind him with a white glass bottle to smash it over his head, but a policeman took her arm just as she was going to deliver the blow.

As she did not achieve her objective, the young woman then tried to take away Moquete’s camera and break it, claiming that the photojournalist did not have to take images, but the professional while he was protected, told her that he was doing his job, not to mess with him. The panorama of the neighborhood became tense, as young people came from other streets and joined the attacks on the agents, so they left the place to prevent the situation from spiraling out of control, at the voice of one of the commanders.

As explained by the official who declined to identify himself, they are attacked daily by residents of the Borojol, Guachupita, Gualey neighborhood, April 24, Las Cañitas, February 27, and Capotillo, where people do not want to obey.

“People want to have fun on the streets because they have not become aware of what this pandemic means. This has become very difficult because these people attack us without reason. They just want us to let them do what they want,” said the police commander.

On June 1, a group of youths from the Borojol neighborhood of the National District attacked a team of LISTÍN reporters who carried out a live broadcast of the curfew with stones and bottles.