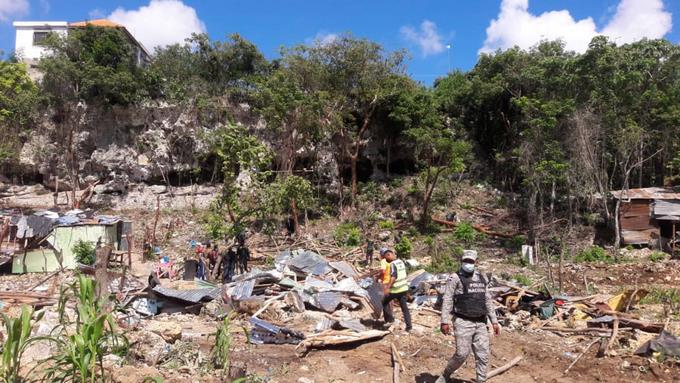 Santo Domingo.- The hammering was all that was heard, as people removed rubble from afar and journalists plied the main streets of the village of Los Farallones, on the Las Américas Highway, that was temporarily blocked.

That was the scene around 7am Tue. when hundreds of people who were occupying land and erecting shanties in a protected area were evicted during an operation led by Environment Ministry officers.

The arrests were carried out in conjunction with soldiers and the National Police, authorized by the Santo Domingo Este City Council.

“Everything seemed to be calm. Only the buses of the Immigration Directorate stayed until around 8:30 in the morning waiting for foreigners who were in an irregular situation. The military prevented them (the squatters) from reentering without major difficulties,” Listin reports.