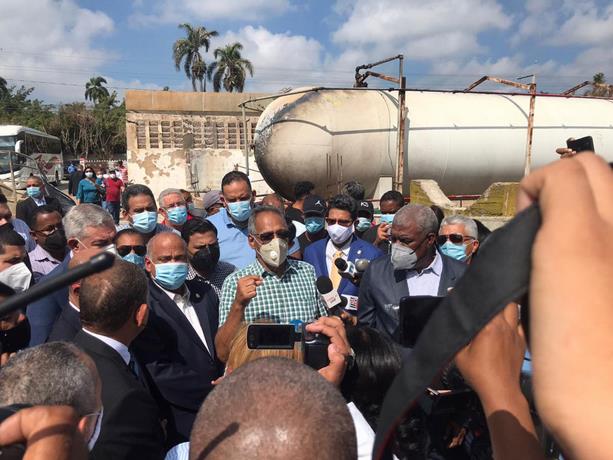 Deputies listened to the affected families.

The Chamber of Deputies president, Alfredo Pacheco, described the explosion at the liquefied petroleum gas station as “an atomic bomb.”

Pacheco reported that after learning about the families and the entire community’s serious situation, the Chamber’s Industry and Commerce Commission would render a report so that the Chamber that he directs recommends to the corresponding authorities the measures to be applied.

Pacheco expressed his consternation when observing “so much pain, tragedy, desolation, and death” in the community where the fuel station is located. He said that when the Industry and Commerce Commission report is available, they will try to take the appropriate measures to help the families affected by the incident and what to do with the gas plant.

Alfredo Pacheco specified that in addition to the Commission led by Deputy Zapata, the 18 legislators of the hemicycle that he presides from Santiago would render the report make recommendations on the site.

He specified that you could feel the pain, the desolation, the sadness, and the sorrow that the families affected by the incident can feel.