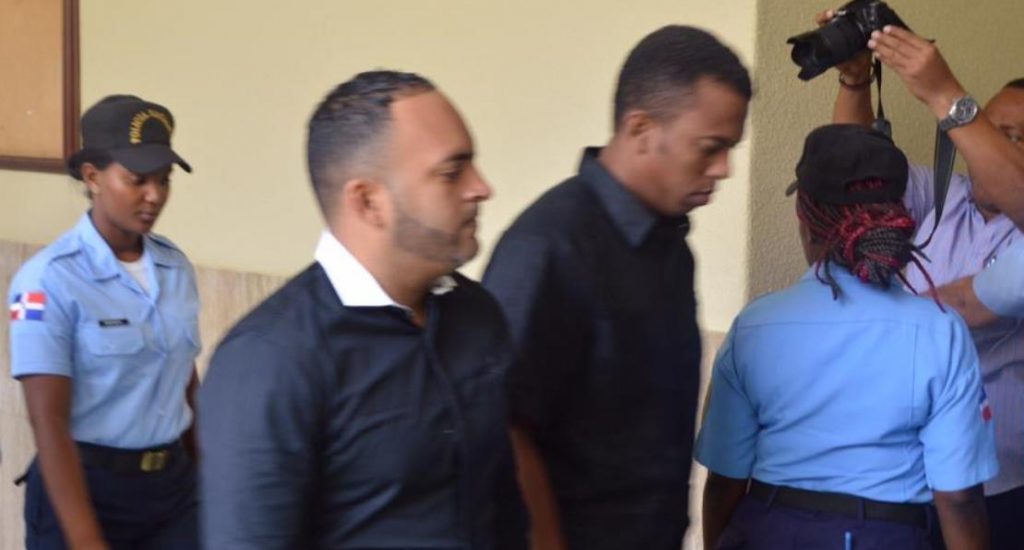 Santo Domingo.- Alan Gilberto Bueno Alcequiez, also known as Alan Dollar, whom the  Justice Ministry labels as one of the members of the money laundering network led by César Emilio Peralta (El Abusador), on Thur. attacked a photojournalist of Telecentro, Channel 13.

The cameraman Rigoberto del Carmen was recording Bueno’s departure from the Ciudad Nueva courthouse, when the accused threw a punch, breaking the camera.

A National District Court upheld the pretrial detention of the 11 defendants in the case of César el Abusador.

Alan Dollar, according to the Justice Ministry, laundered money from drug trafficking. He is being held in the penitentiary at La Victoria.