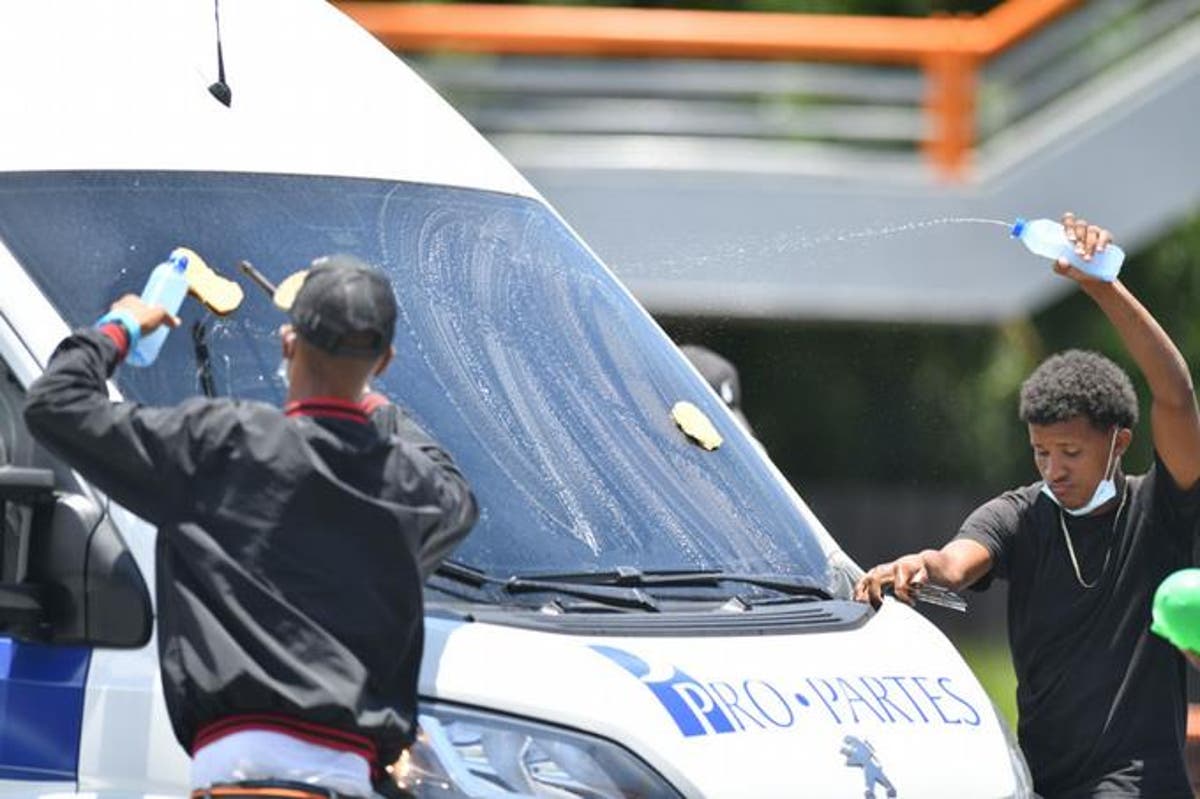 The Juvenile Code, Law 136-03, establishes that children and adolescents have the right to protection against exploitation.

Children and adolescents who clean windows are once again crowding the main avenues of Greater Santo Domingo. Their presence is worsening after the passage of the Covid-19 pandemic, even though several organizations insist on reducing child labor.

During a tour of a Listín team of John F. Kennedy and 27 de Febrero avenues in the capital, it was possible to verify some cases of children and adolescents who remain for more than eight hours in the informal task of cleaning vehicle windows on the roads.

Without identity
This was the case of Joan Manuel, 18 years old, who shyly decided to talk to reporters. He put aside for a moment his sponge and the pot of water with shampoo and told us that he does not have a birth certificate and therefore has not been able to do any basic studies.

Manuel affirmed that his mother has never been interested in any process to obtain his birth certificate, and he does not know the reason for this since he does not know if she carries this document. However, this young man said he is the youngest of six siblings who work and have studied.

“I don’t know if she has a birth certificate,” he said while he avoided having his picture taken, noting that he was embarrassed. He also said that one of his dreams is to study and become a member of the National Police if he has the opportunity.

Manuel resides in Punta de Villa Mella, in Santo Domingo Norte. He said that he goes daily to Kennedy Avenue in a public bus to earn “the money.” He also pointed out that it is a difficult job, saying that many drivers swerve their cars at him and even “drive the vehicle on top of him.”

“One day a driver even pulled a gun on me, because I was going to clean his windows,” he said and indicated that he did not hurt him.

Even though it is a difficult and unpleasant job daily, he does not deny that he earns good money doing this, although he is ashamed of it. “I earn up to 1,000 pesos a day,” said Joan Manuel, who added that he has been doing this work since seven years old.

“I, thank God, I have no need,” said the minor with a convincing voice.

He indicated that he takes his classes in the afternoon hours daily, as do his four older brothers and sisters, but they take the morning hours to make a little money to cover their needs. In this way, he took the opportunity to say that he likes to take classes and be aware of how important it is. “I like school because that’s where you make your future,” he said.

He also pointed out that he would like to be an artist in the not too distant future. And between laughs, he refused to sing something, indicating that he is embarrassed. “No, because it’s not quite finished,” to evade his shyness.

When questioned about why he is doing this work, he said that he does it because he does not like to go without money, but without forgetting that he does not need anything and sees it as a normal job.

“I like to have the room in my pocket filled,” he said.

As the clock struck 12:55 p.m., the short teenager said he was about to leave the avenue because the sun’s rays are too much for him. “I’m almost leaving because there is too much sun here,” he added.

Later a woman’s voice was heard shouting “Uriel!” He quickly left the reporters’ side and attended to his mother, who was calling him. The woman, about 50 years old, told him: “Let’s go home.” She is a flower seller.

When the press team approached her and explained to her why she was talking to the minor, she replied that her children do not do this out of necessity but because they like it.

Window-cleaning brothers
Money.
Just on the sidewalk of 27 de Febrero was another teenager who identified himself as one of Uriel’s older brothers. Ramón, 16 years old, also said that he has only been cleaning windows for a few months.

Both said that they give a percentage of the money to their mother and the rest is used to buy their clothes and things they like.