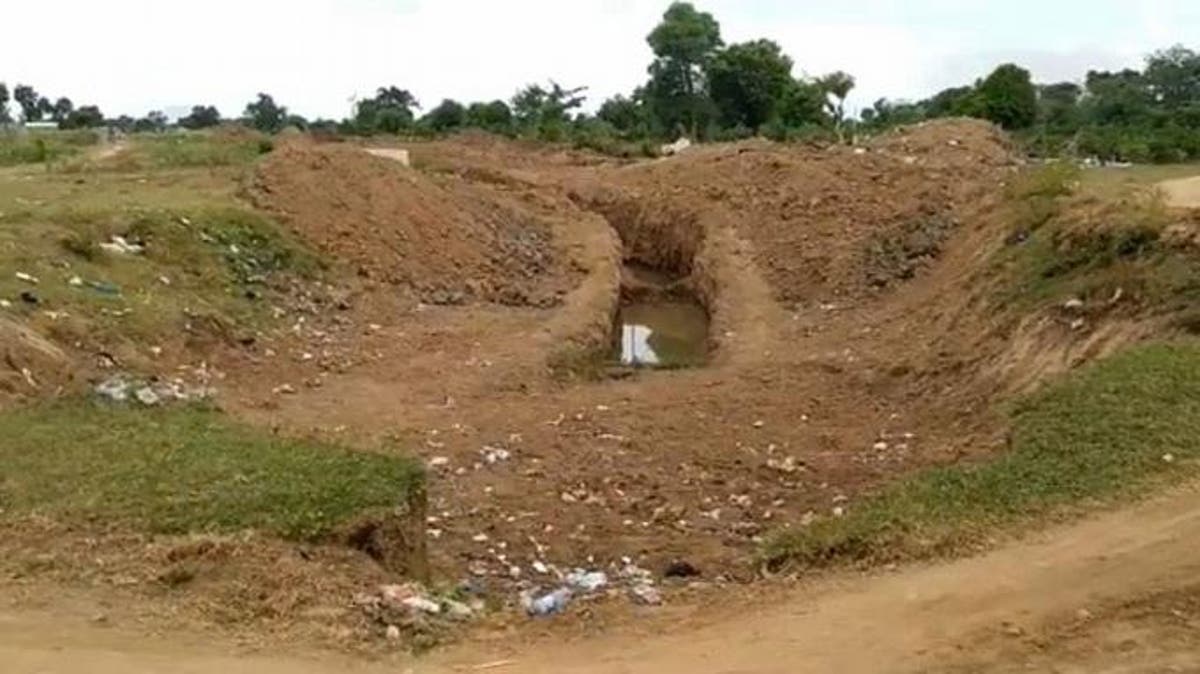 Dominican sectors oppose the canalization of the Massacre river by Haiti. / O DOMÍNGUEZ

Jorge Gonzalez considered that Haiti has the right to channel the part of the Massacre River that corresponds to it but must do so in consensus with the Dominicans.

Haitian authorities have not stopped construction work on an agricultural irrigation canal built in the town of Perié (Haiti), which the Massacre River will supply, despite the conflicting opinions of different sectors of the country and the area.

The latest images captured by journalists show the progress of the work. Haiti is building an underground canal and another in the open air, which worries local authorities and producers. This could eliminate the riverbed of the Dominican part of the Massacre and ruin livestock production.

The president of the Junta de Regantes de Dajabón, César Brito, said that the work was ordered by the president of Haiti, Jovenel Moise, who is a banana producer. He also explained that other sectors of power, such as the former senator of Haiti, Jean Kitó, are behind the work.

“As president of the Board of Irrigators, I am aware of all this, I am told that those behind the project are President Jovenel Moise and former senator Jean Kitó,” he emphasized. He emphasized that the work will not benefit the poor Haitians because the influential sectors bought their lands for agricultural projects.

Brito declared that the areas that will be most affected by the construction of this canal are Los Veteranos, Finca 43, La Mella, Finca 41, El Coco, Sanché, La Vigía, and others. He also explained that Finca Socía, Luis Rivas, and Caño Frío would be affected on the right side of the river.

He also stated that there are about 260 producers who will be affected by the construction of the project in this area. He said that 3,000 tareas dedicated to livestock would be affected and the natural reserve of the Saladillo Lagoon, between Monte Cristi and Dajabón, which is supplemented by the Massacre.

“They, the Haitians, can take their water, but in an equitable way, so that they do not dam the river, because that would affect us a lot,” he insisted. Brito said that they are not opposed to the canal even though they know that Haiti, as it is located in a lower basin of the Massacre when it reaches its usual flood, will flood many plots of land and houses.

The Indrhi
The person in charge of the National Institute of Hydraulic Resources (Indrhi) in Dajabón, Rafael Méndez, proclaimed that what is necessary is to reach an agreement to affect the work on the Dominican side as little as possible. Méndez said that the Massacre River benefits around 1,000 Dominican producers who grow crops in Sanché, El Coco, and farms 43 and 48. He proposed a consensus so that neither of the two nations would be affected.

He explained that since this involves two countries, the matter must be dealt with through the Bilateral Mixed Commission. Méndez said that perhaps they are looking at supplying a need in some agricultural plots in Haiti concerning the project. Still, they are not looking at the human danger it would constitute since when the river increases its flow, it will cause severe flooding in Ferié.

Position
Governor.
The governor of Dajabón, Rosalba Peña, said that the Dominican authorities organized the first meeting with their Haitian counterparts and agreed to another meeting with specialized technicians from both countries.

Catholic Church.
The vicar general of the Diocese of Mao-Monte Cristi, Monsignor José Menencio Peralta, president of Indenor, said that although the Massacre starts in Dominican territory, 7 kilometers are binational and that this makes the Haitians feel that they have the right to build.