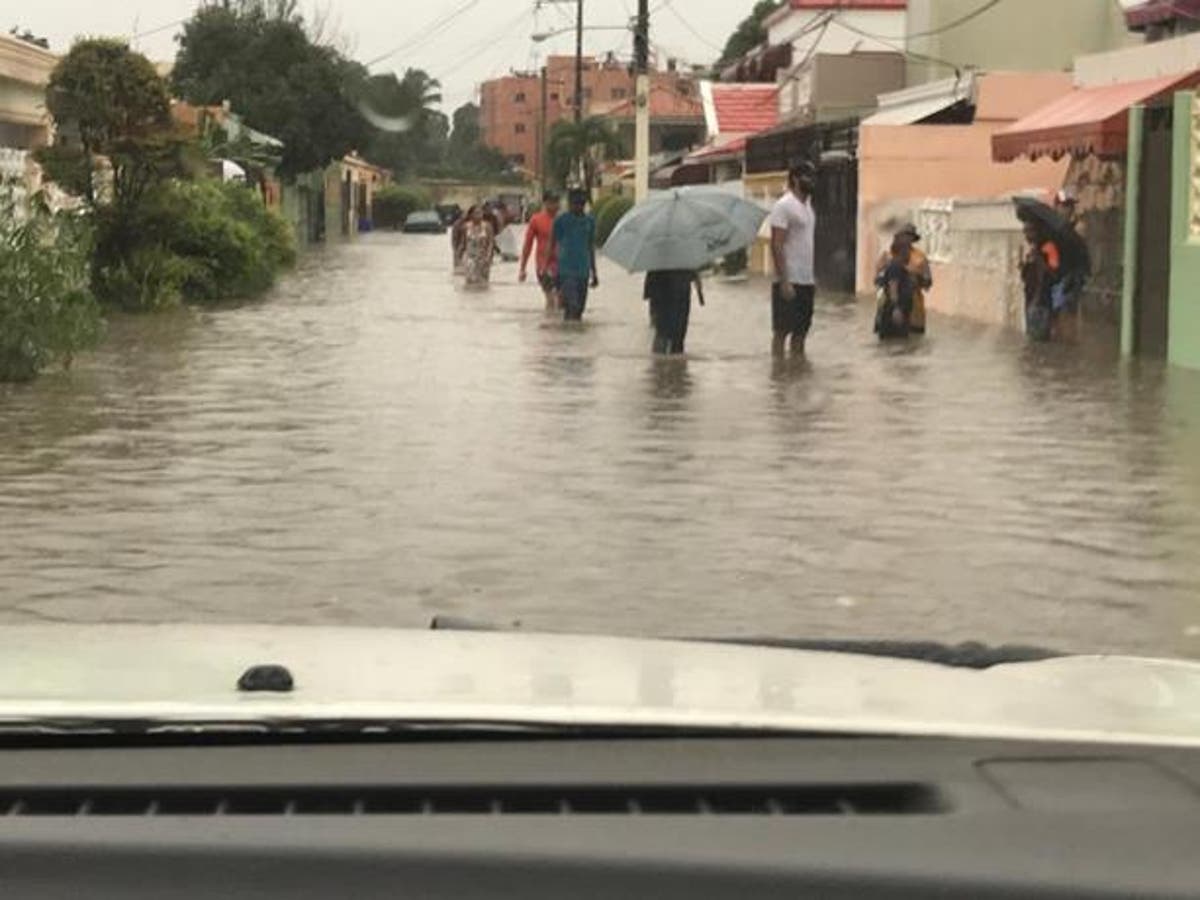 The Emergency Operations Center (COE) reported that 2,175 people were mobilized from their homes, of which 133 had to be taken to official shelters following the passage of storm Fred. Five people were rescued by brigadistas, among them three children.

At a press conference headed by the director of the COE, General Juan Manuel Méndez, it was reported that 395 houses were partially affected by the rains. At the same time, five were destroyed, figures expected to increase in the next few hours.

The COE director added that the Minister of the Presidency, José Ignacio Paliza, and the Social Plan of the Presidency and other institutions, will carry out a tour to assist those whose homes were damaged and who were affected by the rains.

According to Mendez, Greater Santo Domingo, Sanchez Ramirez, Monte Plata, San Pedro de Macoris, Azua, and San Jose de Ocoa have been the cities most affected by the floods.

In its most recent bulletin, the COE also emphasized the rescue of five people, including three children, from the floods caused by storm Fred in the country.

More than 400,000 citizens without water and electricity

The Corporación Dominicana de Empresas Eléctricas Estatales reported that 55 circuit branches were affected by the rains and winds caused by the storm, affecting 439,263 citizens.

Likewise, the number of affected aqueducts increased to 72, 68 are out of service, and four are partially affected, affecting 820,418 users.

Likewise, the number of affected aqueducts increased. At least 68 of them are out of service, and four are partially affected, for a total of 72 aqueducts with failures affecting 820,418 users.

Although not very significant, the impact of the downpours has been very positive for the dams, causing increases in the reservoirs and without causing damage, except for the drainage networks of Azua, which presented some overflows.

According to Fausto Colón, director of Risk Management of the National Institute of Hydraulic Resources (Indrhi), the most benefited have been the southern region, the Sabana Yegua dam. Likewise, the Sabaneta dam.

Engineer Emmanuel Álvarez, from the National Meteorological Office (Onamet), pointed out that although the remnant depression of tropical storm Fred is very distant from the country, rainfall will continue.

Some cloudy fields associated with the atmospheric phenomenon will affect the national territory, and the rains will continue until the afternoon hours when an improvement of the weather is expected.