Grace could generate accumulations up to 250 millimeters (10 inches) 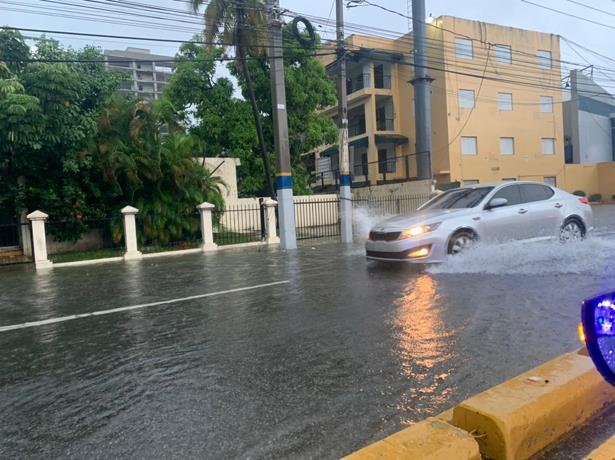 The National Bureau of Meteorology (Onamet) reported that the rains would occur in provinces such as La Altagracia, El Seibo, La Romana, San Pedro de Macorís, Monte Plata, and among others in the southeast, northeast, and the central mountain range.

In the afternoon and evening will continue to increase the significant downpours towards provinces on the south coast of the country, the southwest, and the Central Mountain Range that could generate substantial accumulations between 100 mm to 250 mm, being able to be higher in isolated points especially on the Great Santo Domingo, San Pedro de Macorís, Hato Mayor, Monte Plata, El Seibo, San Cristóbal, La Vega Monsignor Nouel, Sánchez Ramírez, San José de Ocoa, Peravia, Azua, San Juan, Barahona, Pedernales, Independencia, Bahoruco, among others.

“At 7:00 A.M. today, Tropical Depression Grace was located near latitude 17.4 north and longitude 70.6 west, this is about 100 km southeast of Barahona, moving westward at about 24 kph and maximum sustained winds of 55 kph, with higher gusts,” ONAMET reported.

Onamet recalled that although Grace remains a tropical depression, the population must remain attentive to the information that will continue to be issued.

He said the expected amounts of precipitation are still quite significant and could reappear to very vulnerable areas that recently received the considerable accumulations of Tropical Storm Fred, especially to the southwest of our nation.