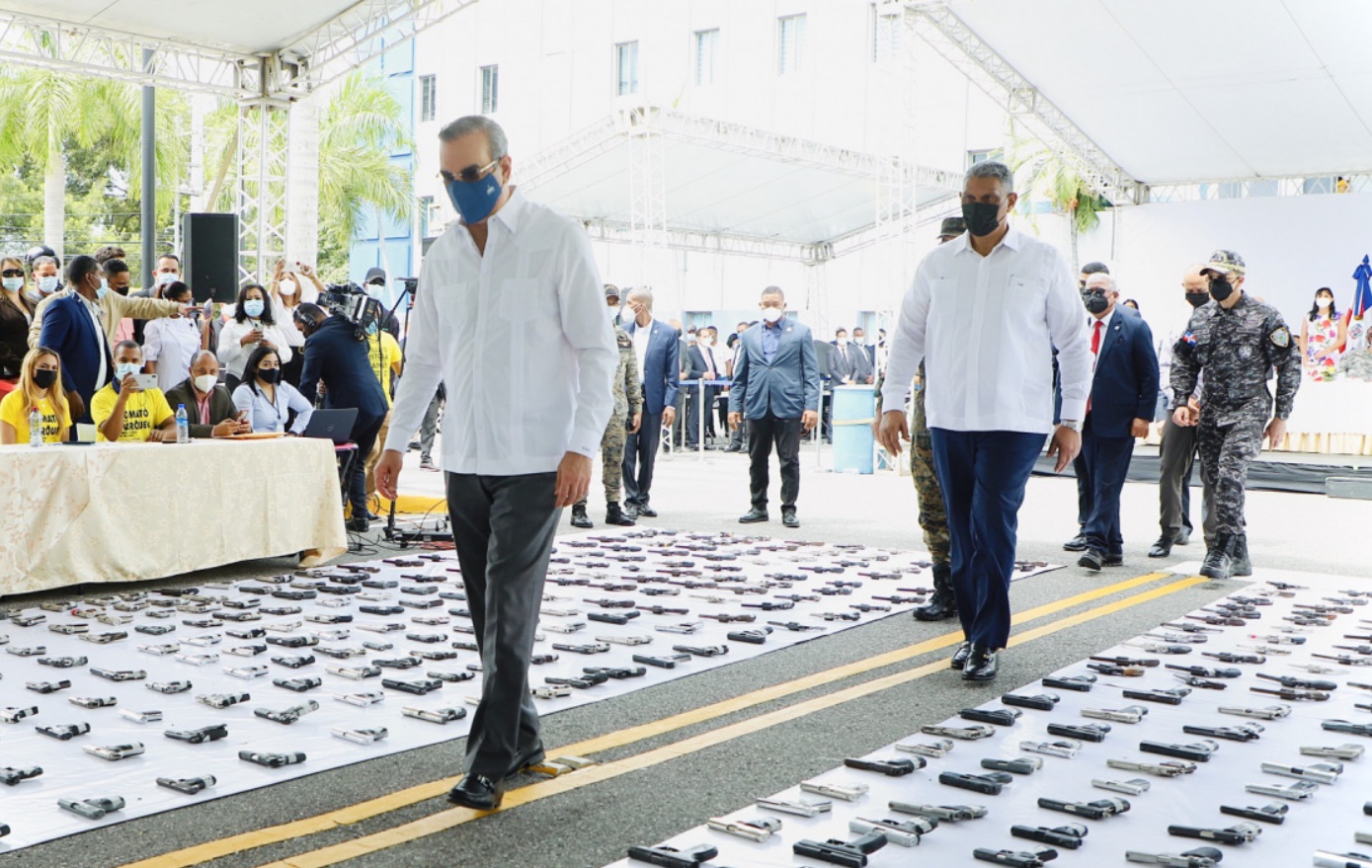 Santo Domingo.– With the presence of representatives from the Organization of American States (OAS) and the United Nations, the Ministry of the Interior and Police (MIP) destroyed the first 803 firearms of the 1,751 that have been seized in two months of the Comprehensive Strategy for Citizen Security “My Safe Country.”

The event was headed by the President of the Republic Luis Abinader, who destroyed the first firearm in front of the representatives of international organizations, diplomats accredited in the country as well as the Deputy Attorney General Andrés Chalas, representing Attorney General Miriam Germán Brito and Defense Minister Carlos Luciano Díaz Morfa.

During the historic event held on the esplanade of the National Police Palace, the Minister of the Interior and Police, Jesús -Chu- Vásquez, pointed out that when these 803 weapons were received, it was determined that they had no record.

For the first time in Dominican history, the process counted on OAS’s support. “Thay have accompanied us throughout this process, beginning with the training and certification of personnel from the Ministry of the Interior and Police, the Ministry of Defense and the Attorney General’s Office, to accredit that entity in this modality of destruction of weapons. For the first time as a country, we are going to obtain a global certification of weapons destruction in accordance with international best practices,” Vásquez stated.

“Since our arrival to the government, with the vision of President Luis Abinader, we have done our best to restore peace and tranquility to the Dominican people, so we decided to remove from the streets the illegal weapons that have brought so much mourning and pain to the Dominican families. So far this year we have recovered a total of 3,765 weapons, which have different situations of irregularity or illegality,” he said.