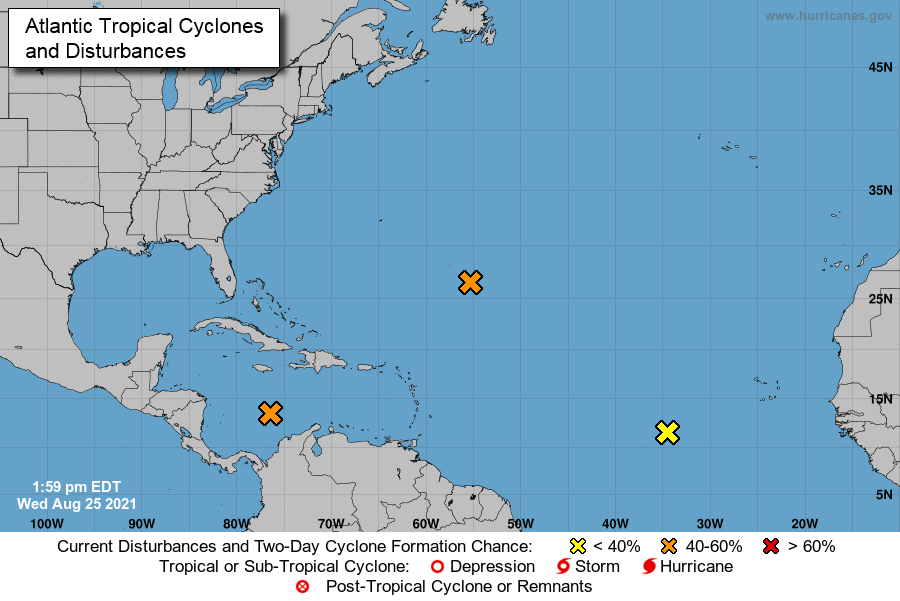 The first increased to a 30% chance of becoming a tropical cyclone and is located southwest of the country, in the waters of the Caribbean Sea.

For this Wednesday, the sky will be mostly cloudy due to the cloudiness provided by the tropical wave; however, its most significant activity is in the waters of the Caribbean Sea, so only a few showers are expected to the southwest.

While, for the afternoon, a sky with less cloudiness and grayish appearance will predominate due to the Particles of Saharan dust. Also, it is expected to occur some local showers with possible thunderstorms on localities of the southeast, northeast, and the Central Mountain Range, by the drag of the wind and the incidence of the trough in the high levels.