Barbecue: The man to negotiate with in Haiti? 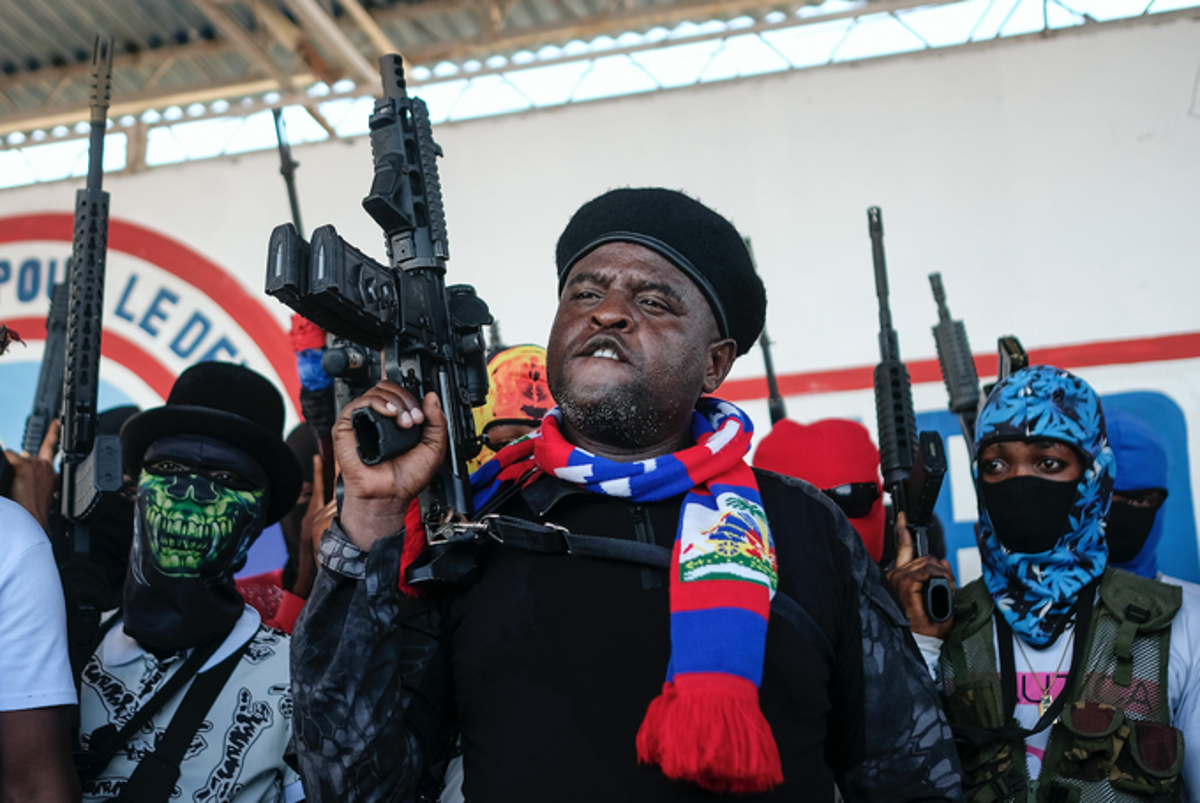 The explosive sociopolitical instability prevailing in Haiti poses severe challenges for the Dominican Republic. The first of them is to seek a valid interlocutor in the face of the complexity of your crisis to find preventive diplomatic solutions. Who could it be? The correct thing would have been the ousted Haitian Foreign Minister Claude Joseph.

In this sense, from our perspective, this character had disqualified himself as a mediator in the face of constant criticism of the country and the Dominican Government, even offensive to the President of the Republic Luis Abinader, resorting to the old tactic of exacerbating anti-Dominican sentiment for the sole purpose to consolidate his presidential ambitions.

Former Foreign Minister Joseph was a minister of an already DESTRUCTURED State, which barely controls 25% of its territory since armed criminal gangs control the remaining 75%, so, Chancellor of what and of whom?

In an extraordinary analysis by General Carlos R. Altuna Tezanos published in this newspaper on November 8, entitled: “Haiti: An unstructured State,” he exposes with solid arguments two characteristics endorsed in studies of the problem of maintaining security and prevention of the disintegration of States due to violence, within the framework of the first periodic meeting on international humanitarian law of the International Committee of the Red Cross (ICRC), held in Geneva in 1998, which I quote:

2.- The ICRC describes seven typologies inherent to the breakdown of a State:

a) Disintegration of the central government bodies, which are not capable of exercising their rights and obligations over their territory and population.

b) Presence of numerous armed groups.

d) Disintegration of the hierarchical order in the different factions.

e) The groups circumvent the regulation of the use of violence, violating international humanitarian law.

f) The economic regime of factions implies the use of banditry and criminalization.

g) Criminal groups take advantage of the chaos for their particular purposes.

After analyzing these characteristics of the destructuring of a State described by the international organization and that the Haitian Government only precariously controls 25% of its territory, it was difficult for Claude Joseph to be the best Haitian interlocutor.

Faced with this scenario, is it possible that the influential leader of the armed gangs, Barbecue stands as an interlocutor? In itself, the humanitarian aid that the international community sent a few months ago to help that nation due to another earthquake, foreign governments were forced to “negotiate” with the leaders of those armed gangs due to the inability of their government authorities and security forces to ensure the disembarkation of food and medicine in Haitian ports.

Who is Barbecue? He is a former police officer who goes by the name of Jimmy Chérizier, about 45 years old, whose leadership and collaboration with the current political party in power, Haitian Party Tèt Kale (PHTK), allowed him to be the leader of the Delmas 6 gang, to become later the leader of the criminal federation made up of the nine most powerful gangs in the Haitian capital called “G9 an Fanmi e Alye” in 2020.

His criminal career began in 2017 when he allegedly participated in an anti-gang operation that ended with the murder of 9 innocent civilians in the Grand Ravine neighborhood, in Port-au-Prince and in 2018, where he reportedly participated in the La Saline Massacre with his gang Delmas 6 and other groups, such as Cité Soleil, Baz Pilate, and Ti Bwa. Although he denies his participation in that massacre, he was expelled by the Haitian National Police (PNH) the month after these events.

It is speculated that from senior officials of the assassinated President Jovenel Moïse, he received financial, logistical, and material support to carry out attacks on strongholds of the Government’s political opposition in the face of constant attacks for corruption, increased violence, and economic crisis. They turned it into a kind of “para-police force” for the Government to repress opponents and impose order in the dangerous marginalized neighborhoods.

His power was increasing so much that a month before the assassination of President Moïse, he publicly announced through YouTube a “Revolution” against the business sector, the opposition, and the same party in power; But after the President’s assassination, he abruptly changed his position, and amid a large rally in the Lower Delmas district where he paid a posthumous tribute to the executed President, he announced that “everyone has to wait for my orders before responding to the assassination. of Jovenel Moïse,” with the explicit intention of taking political advantage of the power vacuum that had arisen after the assassination.

With this panorama described, it would be impossible for a legitimately constituted State to “negotiate” State affairs with criminal leaders. However, the possibility arises that Barbecue tries to influence the next Haitian general elections to place a political puppet of his, and he can exercise his authority behind the curtains. In this context, the Dominican State must use the resources of “Strategic Intelligence” oriented to “effective diplomacy” as an instrument to reinforce traditional diplomacy, to consolidate foreign relations policy, and improve the flow of information for the prevention of conflicts between the two nations, and to contribute to maneuvering with caution in the face of the unspeakable purposes of an international community lying in wait, helping to overcome the current crisis by using the strategic resources and high capacities of our Armed Forces and the criminal intelligence of the National Police. In this way, we can have the certainty of who or who are the ideal interlocutors to prevent or deter a migration catastrophe, conflict with armed criminal gangs, or of any other nature that endangers our national sovereignty.