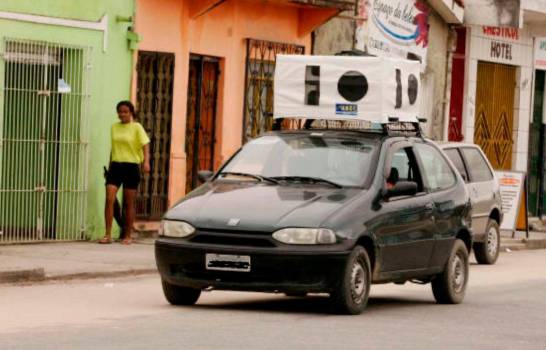 The noise pollution produced by speakers, whether in bars, homes, or cars, makes citizens of the different sectors of the province of El Seibo uneasy, according to what they reported today, Thursday.

Carlos de la Rosa, provincial director of Environment, said many noise complaints in this city. Still, they are working together with Public Health, National Police, the Directorate of Alcoholic Beverages Control (Coba), and other authorities to control the situation.

He assured that all the people who have decibels over 65 are invited to the Environment Ministry to conciliate amicably. However, if they do not understand, the appropriate sanctions are applied, and they are submitted to the action of justice.

He specified that the sonic pollution affects the population in general, but more especially the elderly; therefore, they will not allow that group of people’s peace to continue to be disturbed.

“We are also meeting with the people who announce in the streets, because they have too high decibels and they must be controlled,” he said.

He explained that, in the National Police, there is an Anti-noise Department that people have to call and report any situation of sonic pollution.

“We are also after those motors that have the muffler fixed or altered: loud motorcycles cannot, must not, and will not be tolerated. They scandalize the public roads and must be stopped from altering the public order,” he said.

On his side, Bayron Rodríguez denounced that in the early morning hours, many vehicles pass through the streets of the sector Los Hoyitos with loud music blaring from speakers that do not allow people to sleep.

He said that it is abuse that some people commit, which goes for noisy motorcycles too since this can affect the children’s health. “There are children who are sleeping and suddenly hear that music blasting or motorcycle engines rumbling and get scared, that is a problem,” he said.

Rodríguez understands that the authorities should have a hard hand, especially with the “guagüitas” announcers who drive around in the sectors at all hours of the day, disturbing the people.

Mrs. Ruth Esther said that many “colmadones” do not respect people sleeping since they turn up the music “at full volume.”

“The police take away their speakers for a few days, but then they return to scandalize the citizens, the people do not understand and more forceful measures should be taken,” she explained.

Have all audio equipment Burned when Seized ! Do not Return ! Problem solved.

YES…GO FOR IT. STOP LOUD MUSIC. WE HAVE THIS PROBLEM IN VERON…BAVARO TO. I AM FIGHTING THIS AND GAINED SOME ENEMIES…LOUD MUSIC IS UNCIVILISED AND DANGER TO HEALTH.

in Veron we have the same problem…specialy in part of casita linda by the park…tberes FELIX cafeteria killing us with LOUD music on a daily bases more often up to 2 oclock at night. I wish i had a tocket launcher. After they finish at night we must listening to motors roaring by drunken owners going home. Terrible. I have one month old daughter ind she cant sleep at night. The BAS sound make my house roof vibrate. Dont know what to do. Help somebody please.